The Shahid Kapoor-Shraddha Kapoor starrer raises some pointed questions that you can't avoid. Batti Gul Meter Chalu is streaming on ZEE5 for free. 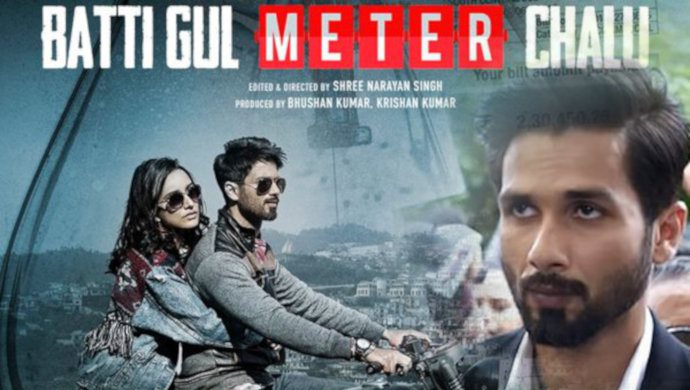 Gone are the days when textbooks were our primary and only source of information. Today, we have the internet as well as cinema to make us aware of our past and present.

Socially relevant films such as Pad Man and Toilet-Ek Prem Katha raised questions regarding the social stigmas and issues that prevail in our society. Batti Gul Meter Chalu too did its share of spreading awareness regarding the alarming electricity crisis in India.

Watch Shahid’s stellar act as a lawyer, in the film, streaming on ZEE5 for free.

While the big cities in India are enjoying the luxury of electricity, there are towns facing numerous power cuts and villages that exist without as much as a bulb. What is the reason? BGMC sheds light on the same and raises these crucial points:

1. The film addresses Chennai High Court terming electricity as a fundamental right and states that despite this, millions in India live without electricity.

2. It questions the exorbitant bills that are sent to factory owners and faulty meters that are placed in these factories. It also addresses the lack of promptness shown by electrical companies in fixing faulty meters.

4. The film questions electrical companies giving free electricity to their own employees while claiming that they are a “loss making” sector.

5. It talks about how electrical companies face nearly 1500 complaints daily and yet there is no swift action taken by them for the consumers

6. The film sheds light on corruption, and how employees of electrical companies pay crores to lawyers, when charged with lawsuits.

7. The most important point that BGMC raises is that of the tiny light found in electrical meters. A consumer is charged around Rs. 4.5 to 5 paise per day, which means that per month, an electrical company earns crores, given the population of India. And yet, many claim they are in losses.

8. The film talks about nearly 31 million people that are still living without electricity, in the time of “development” and “fast moving technology.”

9. It states how several small towns and villages are still not connected to India’s central electricity grid.

10. The film takes a dig at the numerous electricity schemes launched by the government, that fizzle out before even getting implemented.

Is there any other point that you can think of? Tell us in the comments section.

You can now get all the live updates on Coronavirus pandemic streaming on ZEE5 News section!

In The Mood For A Crime Thriller? Saqib Saleem's Rangbaaz Is Here To Save The Day