Daayan comes to know that Rimpy is the girl who has a Trishul mark, while Janhvi and Veer come to know about the king's dead body. 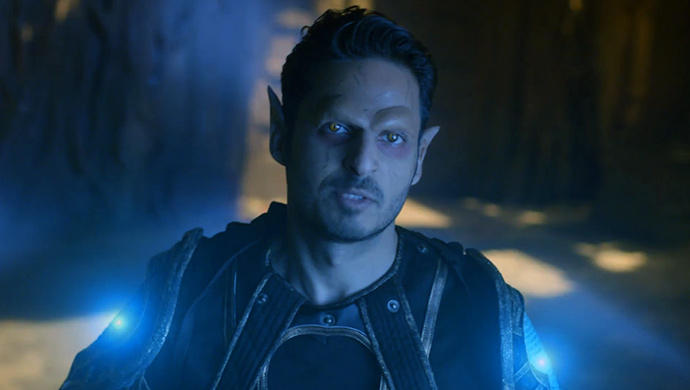 In the recent past, we saw Janhvi is about to know the secret of Daayan but because of Vikram, she has to smartly continue her plan without Vikram knowing that she is not his wife! The story has taken an interesting twist with the revelation of Akarsh being a Daayan.

Here are the 13 highpoints of the show from the last week:

1. Prithvi tries to strangle Janhvi but luckily Veer and Vijyesh come at the right time to save her.

Watch the latest episode of Daayan below:

2. Veer suggests a plan to beat Akarsh so that the Daayan inside him reveals herself.

3. Rimpy records the video of Chandrika talking to Nandini about Akarsh.

4. Rimpy falls on the ground and this incident leaves the ‘Trishul’ mark on Rimpy’s forehead.

5. Prithvi and his wife find out that the girl with the Trishul mark is Rimpy.

6. Aunty, through a photo, tells Janhvi to search for the dead body of the king.

7. Prithvi is about to take Rimpy to the Daayan but then Janhvi comes and saves her with the help of Veer and Vijyesh.

9. Veer ties a Rudraksha outside the door of Akarsh’s room so that if he is able to break it then he is normal but if he can’t then everyone will come to know that he is Daayan.

10. Prithvi and bhabi go near the dead body of the king and Veer and Janhvi follow them.

11. Akarsh then comes near the room but finds out that Janhvi and Veer have taken away the dead body of the king.

12. Akarsh then uses his kavatch to get into the temple and takes Dimpy with him.

13. Just when Veer is about to dispose of the king’s body, Janhvi stops him saying he was the king and should be respected as one.