20th Kargil Vijay Diwas: 9 Facts About The India – Pakistan War You Should Know

The Kargil conflict between India and Pakistan began on 3 May 1999, concluded on 26 July 1999. The 20th Kargil Vijay Diwas will be celebrated in Dras. 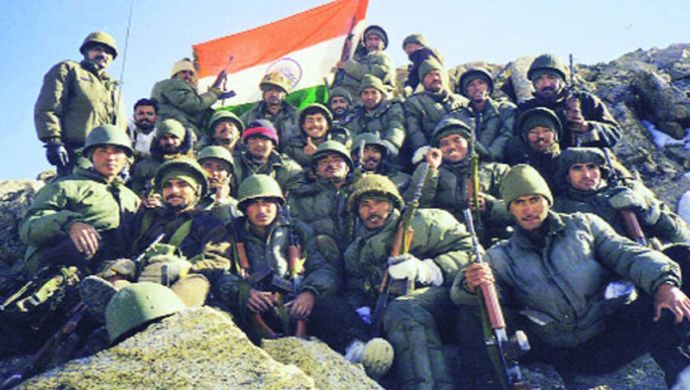 26 July is marked as Kargil Vijay Diwas in India. The 20th Kargil Vijay Diwas will be brought in at Dras in Kargil, commemorating India’s victory against Pakistan in the 1999 Indo-Pak Kargil War. Remembering the fierce and brave martyrs who laid down their lives to safeguard our country, this day is dedicated to the soldiers of Kargil War. The conflict is a bitter saga of struggle and strength, but our Indian heroes emerged triumphant, overcoming all odds. Kargil Vijay Diwas honours the recapturing of Ladakh’s Kargil district from Pakistani troops who had marched into the Indian border. The Indian Army named the mission ‘Operation Vijay’ while Airforce called it ‘Operation Safed Sagar’.

In the three wars fought between India and Pakistan since independence in 1947, the Kargil conflict witnessed a massive loss of lives on both sides of the LoC. Let us study important facts about Kargil Vijay Diwas and the story of the Kargil war.

1. Kargil war took place in the Kargil-Dras sector Ladakh of Jammu & Kashmir. Pakistani Army conspired to create tensions at the Indian border by isolating Ladakh from Kashmir. They crossed the Line of Control LoC and entered the Indian territory.

2. Pakistan declared war on India on 3rd May 1999, after secretly stationing 5000 soldiers at high altitudes in India. When the Indian Government learned of Pakistan’s treacherous move, ‘Operation Vijay’ was launched and Indian troops were sent immediately to recapture the hills.

3. Pakistan ordered its troops into India during the winters between 1998-1999, aiming to claim Siachen. India was deceived into believing the soldiers were actually militants. Pakistan’s intention was to pressurize India into a negotiation over the Kashmir issue.

4. The story behind Indo-Pak Kargil War: The nuclear tests conducted in 1998 on both the sides further escalated the tension between India and Pakistan. Despite The Lahore Declaration, Pakistan sent its forces to India and called the infiltration ‘Operation Badr.’ Our neighbour wanted to break the connection between Kashmir and Ladakh and drive the Indian Army away from Siachen Glacier. By doing so they wanted to draw international attention to the Kashmir issue, so they could get their demands fulfilled in exchange for Pakistani Army leaving Siachen.

5. The Indian Air Force used MiG-27 and MiG-29 against Pakistan. Also, IAF’s MiG-21s and Mirage 2000 were broadly deployed in the Operation Safed Sagar during the Kargil war.

6. 2 lakh 50 thousand bombs were fired. More than 300 mortars, cannons, rockets and even Bofors FH- 77B artillery guns were used.

9. Kargil was the first war that was televised live in India. Well-known senior journalist Barkha Dutt covered the conflict extensively.