This film directed by Koratala Siva is packed with some deadly action that you wouldn't want to miss! 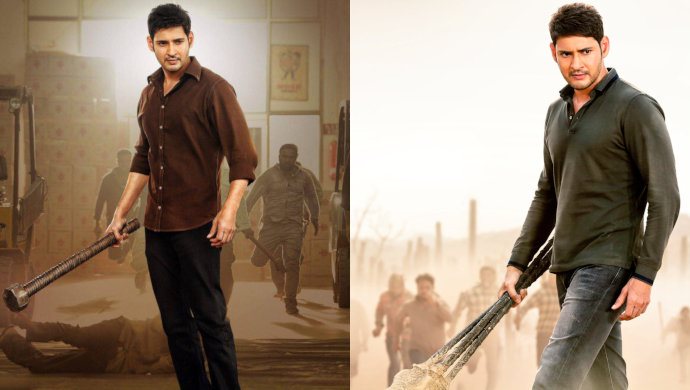 Where actors such as Salman Khan, Ajay Devgn have proved to be successful action heroes with Dabangg and Singham in Bollywood, Mahesh Babu has carved a similar niche in his industry as well. The actor may appear to be the boy next door, but man can he beat up the bad boys!

Mahesh has thrilled audiences with his action-packed films, and he doesn’t disappoint with The Real Tevar, a Telugu blockbuster, that also stars Shruti Haasan. In the film, we see some high-octane action scenes and we are reminded of why Mahesh is the superstar that he is.

1. A matter of minutes

This is the first scene in which we see Mahesh doing what he does best- dishoom dishoom! His character Harsha attends a wedding along with partner Charuseela (played by Shruti) and is followed around by some goons that reach there to abduct him.

Don’t miss the killer scene where Mahesh kicks a guy hard at 54:39 in the film!

Harsha spots them and tells Charuseela that he will be back in five minutes, as he must go to the washroom. But in reality, he is making sure he gives those bad boys something to cry about! He approaches the gang leader and tells him to back off or else he will have to pay the price. Refusing to budge, the leader picks up a fight with Harsha, only to regret it later.

We seem him beating the boys one by one, making it look like child’s play. The scene is thrilling and hilarious at the same time as Harsha is creating a ruckus but making sure that none of the guests come to know of what he’s up to.

2. High kicks on the highway

Harsha his on his way for some important work when he is stopped by the gang of goons and threatened. As usual, the man doesn’t waste time and gets down to the beating up business. Here, we see Mahesh in his element as he displays some high kicks and strong punches.

Harsha’s ladylove Charuseela gets abducted by the goons and it’s up to Harsha to rescue her. He tries to do so by convincing them to let her go. When they don’t listen, Harsha’s hidden Hulk emerges, and we know that all hell has broken lose! He is seen pinning down some of the heftiest wrestlers to the ground, with one swift motion.

The message is clear- don’t dare and mess with Harsha. The Real Tevar has a serious plot but refrains from becoming boring or preachy, thanks to these deadly action sequences.

Which is your favourite action film? Tell us in the comments section below!

If You're An Action Fan, Bhojpuri Film Dabang Sarkar Should Be Your Next Pick!