In REJCTX we see examples of problems that teenagers in today's world face while growing up like online-bullying and messed-up relationships. 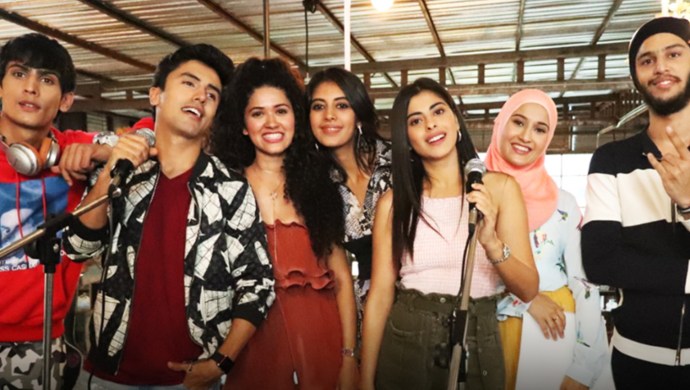 REJCTX is a coming-of-age thriller which simply tells the story of seven schoolkids, trying to express themselves through music by forming a band. But their story of teenage angst and troubles is something that every youngster will relate to. It might be complete co-incidence that REJCTX 2 released in May, which is also Teen Self-esteem Month, but the series is a wonderful story of teenagers making their place in the world.

Watch the trailer for season 2 here.

What the second season does really well is use the insecurities of teenage years, to bring out a thrilling story full of twists and turns that you cannot predict. Here are a few problems of the current generation that REJCTX depicts perfectly.
1. Parent’s pressure

Aarav constantly is trying to please his father who thinks he is actually a loser, who cannot get anything right. Kiara‘s mother only expects her to woo Aarav when they are in school together. One of the kids named Kim, also takes performance enhancing drugs, to fulfill her parent’s expectations from her.

Apart from the pressure put by parents, the kids put pressure on themselves too. In fact the only reason the REJCTX are blackmailed by the mysterious X, is because they fear their futures will be ruined. This crazy expectation to always be better than everyone, can chase people well into their adult years. The vice-principal Farhan (Sumeet Vyas) regrets ruining his friend’s life just to get ahead and the guilt drives him to take drugs too.

‘Bitchboard’ starts off as a funny channel exposing secrets of people in the school. However, this soon becomes a way to bully people. Parnomitra and Harry take the wrong approach to shaming people, who are doing wrong in school. The public humiliation almost leads one of the girls to commit suicide.

Teenage years are when most people fall in love for the first time. The only reference or wisdom they have is from films, which can be very misleading. Sehmat and Misha are afraid to admit they love each other, because of how society will look at same-sex relationships. Aarav falls madly in love with the school counsellor who is only manipulating him.

REJCTX shows that right from the popular kids to the weird kids in school everyone is going through their own internal struggle.

What part of the story of the REJCTX do you connect with the most? Let us know in the comments below.