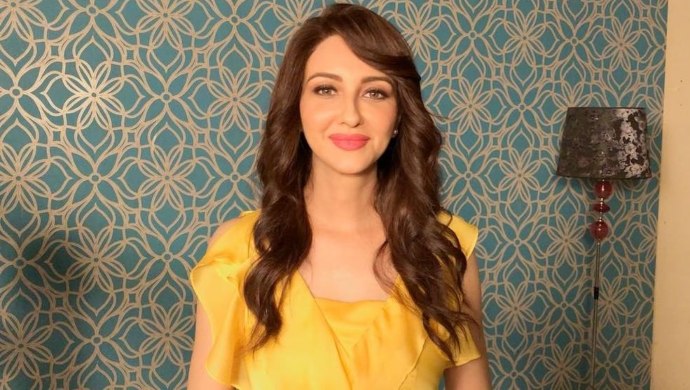 Television host and actress Saumya Tandon essays the character of Anita Vibhuti Narayan Mishra in &TV’s most popular comedy serial Bhabi Ji Ghar Par Hain! She plays a classy and elite woman who runs grooming classes independently while her husband Vibhuti Narayan Mishra is unemployed. Unlike her neighbour Anita bhabi, she is self-aware and cognisant of her surroundings. And so is Saumya Tandon in real life! Apart from acting, she actively stands up for global causes, voicing out her unapologetic opinions on racial discrimination, gender inequality, labelling, and more.

A few days before International Women’s Day, on 4 March 2020, Saumya Tandon took to Instagram and spread awareness about the gender-neutral colour, yellow. As a new mother, she pledged #ImwithYellow to shatter the clichés of blue being a boys’ colour and pink being girls’. She opined that nothing matters more than the health of a baby!

Yellow. A gender-neutral colour for a gender-equal nation. Boy or girl, what matters most is the health of a baby, so let’s remove all the pink and blue clichés and make yellow the colour to celebrate our little ones. I pledge #ImwithYellow 💛 To join me, go to http://bit.ly/3864ufK Tag the friends who believe in gender equality too. #ImwithYellow #genderequality #GenderNeutrality #PregaNews #WomensDay. Pledge on the Prega News website www.preganews.com/imwithyellow and unlock an exclusive surprise.

She calls out gender stereotypes by stating facts like how most fashion designers and beauty professional are males. We have the Indian Women’s Cricket Team and a lot of females are bikers as well. She raises a question that why do people divide genders into two colours right from a baby’s birth? Disapproving of the gender stereotype, she announces that she stands for gender equality and a neutral colour: yellow!

2. Vitiligo: A common cause of loss of skin pigment.

All skin colours are beautiful and even two colours on one skin is beautiful. Spread the word, spread love this #worldvitiligoday

Saumya Tandon acknowledges that the world is learning slowly to embrace all races and skin colours, be it fair, brown, black, yellow, pale, etc. But she spreads awareness about two colours on one skin. The condition is called vitiligo, in which there is a loss of pigment with no clear cause. She says that people with vitiligo are beautiful and we should never stigmatise them or make them feel abnormal. She encourages everyone to celebrate two shades on a person and make the world a beautiful place!

Thanks for sharing repost @saumyas_world_2 article in @htcafe . Happy breaking images actors get with characters they play. Day 63, #100HappyDaysWithSaumya

While she was hosting Dance India Dance Season 3, she was typecast as a sexy and glamorous host. Though taking it positively, she voiced, “It is my job to break labels”. On being asked about her role in &TV’s comedy daily soap, she said, “I would take it as a compliment that I’ve been able to come in that space again because I feel it’s very difficult to make people laugh and look genuine.” Her Instagram post caption read, “Happy breaking images actors get with characters they play. Day 63, #100HappyDaysWithSaumya.”

Saumya Tandon is an advocate for her as well as other people’s mental and physical health. Believing that it is important to work out and stay fit, she also says that one shouldn’t put their body through a lot of stress in order to achieve a perfect body. Actors get mentally exhausted after emoting all day and are unable to hit the gym. At such times, one can try yoga and meditation at home. Undisturbed sleep of 6-8 hours is a must, she says!

Show some love to Saumya in the comments box below and let us know your contribution to these causes. Also, keep watching all the episodes of Bhabi Ji Ghar Par Hain! streaming only on ZEE5!

Babbar Ka Tabbar Is Every Indian Family Stuck In Quarantine, Streaming On ZEE5…

The Casino Trailer: Rehana And Vicky Face-Off In This Deadly Game Of Power