5 Binge-Watch Rituals You Should Follow While Watching Horror Movies

While you prepare to watch some seriously scary content on ZEE5 during the lockdown, here are some things you should do to prepare yourself. 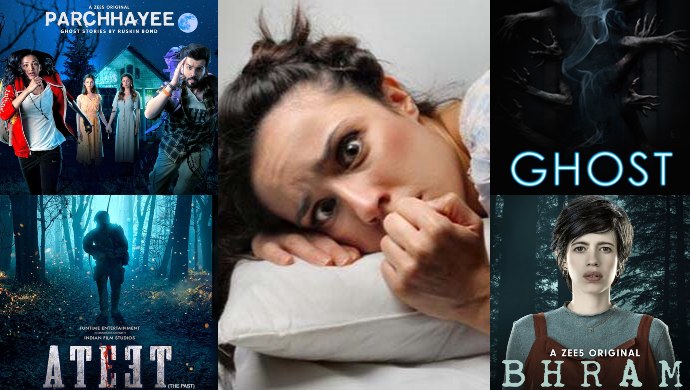 Horror movies frighten us, give us bad dreams, and still we cannot seem to get enough of them. The horror series and films on ZEE5 will give you a proper scare. Apart from ghost stories by Ruskin Bond in Parchhayee to more modern horror stories liked Hacked and Ragini MMS. ZEE5 also has some vintage Zee TV shows like the Zee Horror Show and Fear Files. In fact, Sanjay Suri who is part of two ZEE5 Originals, Ateet and Bhram, had a few tips on how to properly enjoy his new film.

Watch the trailer for Ateet here.

Here are a few tips on how to enjoy horror stories on ZEE5, some of which are suggested by Sanjay Suri.

1. Cut your nails first. This is an important tip because horror can be nerve-wracking and you don’t want to chew your nails to deal with the fear and anticipation only to have other problems later.

3. Preferably watch alone, even if it scares you. Getting scared is pretty much the most memorable part about watching horror. If you watch with other people, you will keep trying to prove to each other that you are not scared and not be able to enjoy the film.

4. Keep the popcorn aside before you are surprised. If you want to snack while watching horror, that’s your choice. However, keep the snacks at a little distance from you in case the movie has a sudden scare that you are not expecting and you spill snacks on your couch.

5. Get done before three in the night. It’s all good if you want to be scared but try not to tempt fate. Everyone knows how evil comes out at three o’ clock so it’s best to go to bed before that.

Which rituals do you follow while watching horror films? Let us know in the comments below.