We dare you to talk to a traffic cop the way Raghu does! 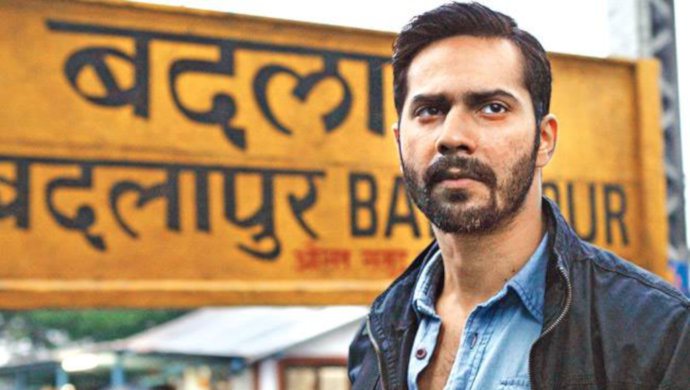 We may not be able to remember each scene of a film, but certain dialogues stay with us. ‘Kitney aadmi the’ from Sholay, ‘Mere paas maa hai,’ from Deewar and ‘I don’t like jokes, I don’t like you,’ from Kuch Kuch Hota Hai, are some that have continued to be remembered by viewers. Sriram Raghavan’s 2015 thriller drama Badlapur earned brownie points for its plot and hard-hitting dialogues.

Some one-liners from the film make it the dark and twisted tale that it is. Here are 5 best dialogues that shouldn’t be missed…

This dialogue’s randomness makes it the best one. Raghu (played by Varun) commits a murder and is on his way home, when he is stopped by the police. A traffic cop asks Raghu whether he has been drinking.  He nods and instead says, “Murder kele..” The scene leaves you flabbergasted as you half expect the police officer to pull Raghu out of the car and start questioning him. Instead, the officer laughs it off, little knowing that they let a murderer pass by.

2. Murder kiya hai maine murder…khooni hoon mein. Agar phir se ispe haath uthaya na, toh finish kar dunga, goodnight. (I am a murderer. If you hurt her again, I will finish you off)

The criminals in this film seem to be very frank about their sins! Nawazuddin Siddiqui (playing Liak) owns this scene as he threatens a guy to stop hurting his ladylove Jhimli (Huma Qureshi). He looks him in the eye and says that he has committed a murder and if the man hurts Jhimli again, Liak would “finish” him off.

3. 15 saal pehle chaurahe pe latka dena chahiye tha. Par yeh bhi theek hai. Dheere dheere marega. (I should have hung him 15 years ago. But this is fine too; he will die a slow death)

Liak better watch out because RAGHU aims to kill, one hammer at a time. bit.ly/16Wpgi8

This is the first time we are given a sneak peek of Raghu’s anger against Liak. The latter murders Raghu’s family during a robbery. Shobha (played by Divya Dutta), a social worker who rehabilitates prisoners, is requesting for Liak’s release from jail. He gets detected with stomach cancer and needs a release for his treatment. Raghu says that Liak should have been hanged at a crossroads years ago, but the fact that he will die a slow and painful death, also works. Ouch!

4. Koi poochega ki tere bete mein koi acchi baat thi, toh tu bolegi na? Bolna. (If someone asks you what your son did, say something nice. Will you?)

This is the first time we see Liak regretting his crimes. Throughout the film, he is portrayed as a cunning man who is proud of his deeds. But we see a human side to Liak, where he questions his life’s purpose. He wonders whether he will ever be spoken of fondly, after he dies.

Liak requests his mother to tell people she is proud of him, after he passes away. It’s a heartwarming scene as for the first time, you can’t help but sympathize with Liak and blame his upbringing for the way he has turned out.

5. Shayad who mujhe arrest kar lenge, jail daal denge, tum mujhe dekhne aaogi, mujhe humdardi jataogi, aur doctor ke cabin mein hum log s*x bhi kar sakte hain. (Maybe they will arrest me, you will come visit me, sympathize with me. And then maybe we can have s*x in the doctor’s cabin)

Everyone in the film keeps telling Raghu that he “has lost” and this is the scene where you are forced to agree with them. Shobha, who shares an intimate relationship with Raghu, questions him for talking to police about it. Raghu says that he doesn’t care and never liked her.

She accuses him for using her and suggests that he’s involved in a murder. Raghu retaliates that maybe they will lock him up and she will come visit him. And later, maybe they can “hook up in the doctor’s cabin.” You can’t help but feel disgusted with Raghu’s thinking here.

Which of these dialogues do you like the most?

Why Does Varun Dhawan Like Troubling His Good Friend Alia Bhatt? Watch This Fun Interview To Find Out!

7 Unusual Phobias That You Probably Didn’t Know About