5 Reasons We Are Super Excited About Happu Ki Ultan Paltan

'Nyochavar Khor' Daroga Happu Singh was our favourite character on Bhabi Ji Ghar Par Hain. Now he has his own show, and we can't be happier. 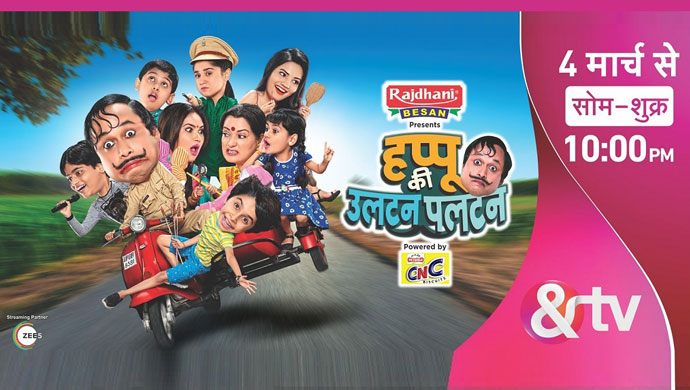 Known for his unique hairstyle and funny expressions, Yogesh Tripathi aka Daroga Happu Singh enjoys a crazy fan following thanks to And TV ‘s popular show Bhabi Ji Ghar Par Hain. The character of Happu Singh has a separate fan base just like Angoori Bhabi. Despite being a supporting character, his presence on the show is a treat. The makers of the popular show are now coming up with a spin-off to Bhabi Ji Ghar Par Hain. Written and directed by Manoj Santoshi and Shashank Bali, the people behind Bhabiji, the new show Happu Ki Ultan Paltan will focus on the antics of Happu and his wife, mother and nine kids. The character will be seen struggling between his mother and wife.

These are my reasons to be totally excited to see the crazy antics of Happu and his crazy family. Are you excited to watch the new show? Let us know in the section below!

Meanwhile, watch all the episodes of Bhabiji Ghar Par Hain on ZEE5.

Inside Bhaagamathie Bungalow: It Took 29 Days, 200 Workers To Create The Rs 3 Crore Set