Starring Divyenndu Sharma and Patralekhaa, Badnaam Gali is a ZEE5 original film that revolves around the concept of surrogacy and stereotypes.

Divyenndu Sharma and Patralekhaa-starrer ZEE5 original film Badnaam Gali is nothing like the ones you have watched already. The narrative of this modern-day movie orbits around the concept of surrogacy and motherhood. Looking for a reason to watch Badnaam Gali? We’ll give you one: Badnaam Gali has been named as the Best Web/OTT Film of 2019 at Gold Awards 2019!

In case you are still not convinced, the flick rides high on the tried and tested formula of Batti Gul Meter Chalu, Shubh Mangal Savdhaan amongst others. Packed with lots of comedy and an important message to deliver, the film promises to be a fun riot. Watch the trailer of Badnaan Gali here:

The two minutes long video ensures that not only will this film prove to be a great learning experience but also one that tickles your funny bones!

2. The concept of surrogacy

The conventional era and changing times have posed low fertility rate as a problem for parents-to-be. Thus, in such situations, a surrogate’s mother’s womb opens doors of happiness for those wanting to embrace parenthood. Superstars of Bollywood namely Shah Rukh Khan, Aamir Khan amongst others have taken the route to expand their family.

With Badnaam Gali, it is hoped that the stigma and stereotypes attached to the concept might take a backseat.

3. Patralekhaa as a fiery Bengali girl

Nanu ki Jaanu actress Patralekhaa seems tailor-cut for the role of a fiery Bengali female Noyonika Ganguly. Her lavish lifestyle has sparked several rumours including her character being question but she carries sarcasm in her arsenal of weapons.

Divyenndu Sharma, who recently featured in ZEE5 original film Fatafat, plays a typical Punjabi boy Randeep Singh. Randeep is naive but also highly judgemental and thus, always tries to run away from Noyonika. Adding to his troubles is his family! 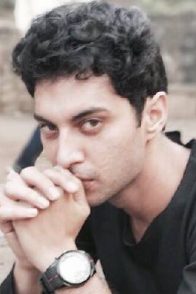 Planning how to make your mom happy this Mother’s Day? Spend the day with her and watch this light-hearted slice-of-life film Badnaam Gali with her.

Emraan Hashmi's 2019 Film Why Cheat India Exposes The Education Mafia In India, Catch It On ZEE5