Waaris, starring Arti Singh, was a TV show which aired on And TV and revolved around the socially relevant topic of gender discrimination. 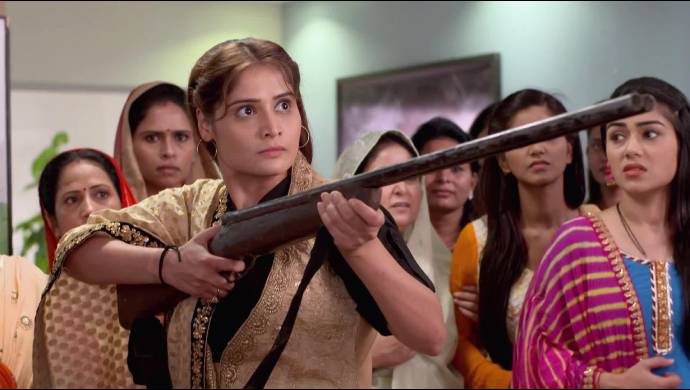 And TV’s social drama TV series Waaris, which starred Arti Singh, Kaivalya Chheda, Farnaz Shetty and Neel Motwani in lead roles, is a popular series that went off air couple of years ago. The story of Waaris revolves around Amba, a Punjabi widow, who keeps her daughter’s identity hidden and raises her as a boy. This practice is based on the tradition of Bacha Posh, which is quite prevalent in Afghanistan. The show dealt with how the male gender is always given importance compared to daughters. Furthermore, the show beautifully portrayed the love and affection of a mother, who can go to any extent just to protect her children. After a successful run of about 400 episodes and two seasons, Waaris went off air in December 2017. We now present you with 5 solid reasons to go back home and re-watch Arti Singh’s Waaris.

Watch all the episodes of Waaris here.

1. Unique storyline: The first and foremost reason for you to re-watch Waaris is because of it’s unique and yet relevant, storyline which is a mirror to society. Keeping the usual daily soap drama aside, this show took up an issue which no one dared to showcase before.

2. Fine performances by the actors: The highlight of this show is obviously the performances by actors like Arti Singh, Farnaz Shetty, and Neel Motwani. It also boasted of a stellar star cast by including actors like Mukesh Khanna (Shaktiman fame) and Mohammed Iqbal Khan (Kaisa Ye Pyar Hai fame).

3. Addresses a socially relevant issue: It intelligently touched upon the topic of gender discrimination, which is also a heated topic of discussion in our country. Waaris shows the plight of a woman, who is ridiculed by her family for not being able to reproduce an heir or a ‘Waaris.’

4. Punjabi backdrop: A major portion of the show has been shot in Punjab. The show shows the rich culture of Punjab and setting will remind you of the Bollywood classic, Dilwale Dulhaniya Le Jayenge.

5. Coming of age: The girl child whose identity is hidden for a long time, goes through an emotionally as well as physically taxing journey. The show takes a leap twice during its course and her traumatic experience hits us right where it hurts.

What more can you ask for from a Hindi TV series? Catch all the episodes of Waaris streaming now on Zee5.

Surviving Valentine's Day: 5 Types Of Breakups Everyone Goes Through