Be it his shy smiles or ogle-worthy hunky handles, the star of Pavitra Rishta and Kedarnath is a call to endorphins in any and every way! 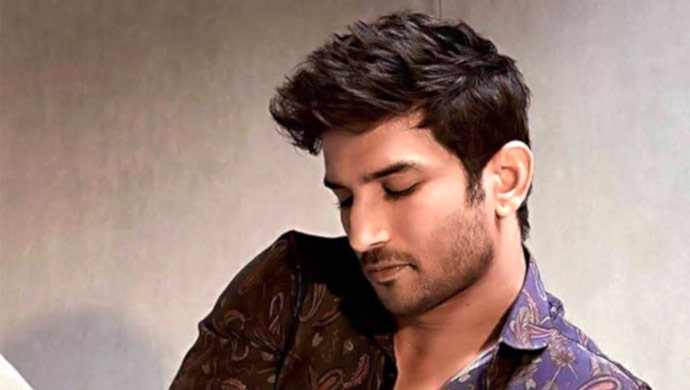 Happy Birthday, Sushant Singh Rajput! The Bollywood has, for decades, remained the indisputable kingdom of the Kapoors and the Khans. Arguably, cinema has been the centre of their universe for time immemorial. Generations after generations taking up the art of acting as fresh blood, either of the Kapoor or a Khan, kept being injected into the very veins of this industry. Breaking into the realms of this game of thrones was Sushant. His can be termed, perhaps, as the most successful transition from small to the silver screen, second to Shah Rukh Khan of course. Dropping out of engineering to pursue a career in the entertainment business, the Pavitra Rishta actor now plays the big gamble as he single-handedly knocks a straight out of the stadium with his films, riding them steadily to blockbuster glory.

When you cannot ogle at his shy smiles and hunky handles, the actor chooses to kill with his glisten-worthy physique which is a call to endorphins. Case in point: Sushant Singh has had us under his spell ever since his Pavitra Rishta days. And, it’s time we unravel the mystery to his magic that charms an inescapable spell. As the Kedarnath actor turns 34 on 21 January 2020,  I attempt to list a few of the zillion reasons why are we so deep in love with SSR:

An embodiment of beauty with brains, Sushant is the best of both the worlds. A lethal combination of charming, handsome, gentlemanly and equally brainy and quick-witted, I bet it cannot get better than him.

Innocent are the eyes that ‘See’, Fascination is the ‘Method’ and the Spectacular, the Purpose and the Gratitude are/is ‘emergent’. 👀💥🔱❤️ #gorgeouslittlegirl 💫 in #Nagaland 🙏🏻 🇮🇳

In a world constantly shifting paradigms and loyalties, the Sonchiriya star has firmly held onto his grounding. Sticking by those who helped him scale heights of success and never missing his pay-back term. Besides, he is blissfully oblivious to how much of a turn-on his humbleness and innocence is…my lips are sealed!

Dream 2/150 “Find and Send at least 💯 competent kids to #Nasa Workshop who could not manage to go there but want to, at this point in time. “ #Flying #scholarship #education #nasa #livingmydreams #lovingmydreams 📚🌈🦋🌪🇮🇳🌏💫🔱❤️🙏🏻

He almost became an engineer when entertainment took him under its wings and now he leads the pack as a dynamic entrepreneur. One thing I can assure you with every fibre of my being is that Sushant’s contribution to noble causes won’t merely be written off as a publicity gimmick in his memoir. From sharing his knowledge with followers on social to sending kids to NASA for training – these are not strategies, these are debts we will never recover from!

One of the quotes Sushant once used as a caption for his Instagram post roughly translated that love should happen in such a way and by means that it makes you fall in love with your own way of loving. A raw volcano of ignited passion and intense emotions, Rajput is an old-school romantic. Marry me, please?

In the world of redux and remakes, Rajput’s vulnerable and refined to perfection talent and belief in self is a breath of fresh air. He is not trying to copy anyone or equal up with his counterparts, he is simply loving and living his dreams! They don’t make men like him anymore. He even ruined it for all men and husbands out there as Manav Deshmukh in Pavitra Rishta.

Not that we need more reasons to love him, but this gem of creation that he is, Bollywood may have found its stud muffin!

What makes Sushant your favourite actor? Also, which is his best performance to date according to you? Write to us with your replies in the comments section below.