Planning to go for a desi attire? Try these 5 outfits like Ankit Gera aka Anurag Singh of Agnifera. 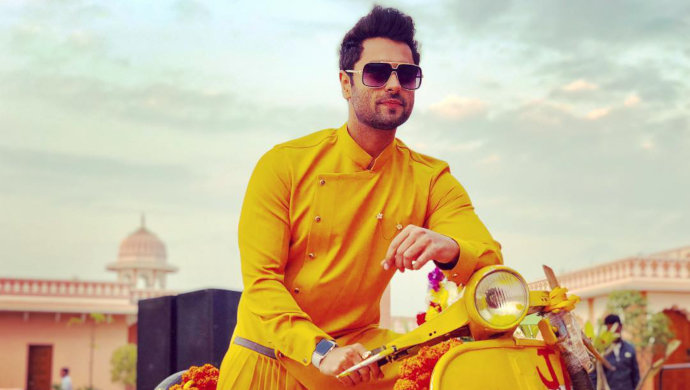 It is said that TV stars are very stylish and fashionable on their own. One of them is our favourite actor Ankit Gera who is popularly known for playing the role of Anurag Singh in And TV show Agnifera. The actor has a good taste in clothes, be it in his reel or real life. Whether he chooses to wear traditional clothes or western attire, his dressing style has always taken notice.

If we have a close look at the actor’s Instagram account, it is obviously seen that the actor mostly opts for casuals. But, when it comes to wearing traditional outfits, he carries the look very well. Need some motivation like that? worry not, here we bring you some pictures wherein Ankit rocks the traditional attire.

The actor makes his own style statement by wearing this kurta pyjama.

Ankit’s character from the show also resembles his real-life personality, have a look:

Back to the bay😁😍 #backatworkblues

It wouldn’t be wrong to say that there are many girls who can’t take their eyes off him.

The reason he is envied by…

And with girls’ affection, the men envy him as well.

The right word to describe

There’s no other perfect word than ‘Handsome’ to describe Ankit’s traditional look. Don’t you agree?

No doubt, the actor steals everyone’s heart with his traditional fashion choices.

You can also experiment with new colours which suit your skin tone best and let us know your feedback in the comments section below.

Mahesh Babu's Superhit Is Here To Thrill Your Senses