You can run, you can hide but you can't escape King Khan's signature move! 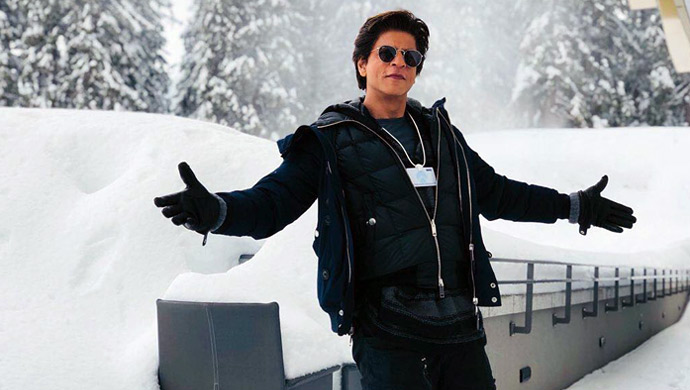 Undoubtedly, Shah Rukh Khan is the Baadshah of Bollywood for more than two decades. When it comes to him, there’s no doubt that he has a long practice at melting hearts with his inimitable charm, charming smile and not to forget his inevitable signature pose. It’s often said that you can run, you can hide but you can’t escape King Khan’s signature move. As we say this, our very own favourite TV stars have also time and again seen following his signature pose. Don’t believe us? Take a look.

‘Arre dada!’ How can we miss him? Our very own Bhabi Ji Ghar Par Hain’s nyochhaavar khor Daroga Happu Singh aka actor Yogesh Tripathi. He also can’t escape the superstar’s inimitable charm and of course posing his signature pose with a smile on his face. Also, have a look at his funny character in Bhabi Ji Ghar Par Hain:

What a start! Ankit Gera aka Anurag from Agnifera looks so handsome as he imitates Shah Rukh Khan’s signature pose on the sets of his popular show.

Well, everyone loves Shah Rukh Khan, and love to imitate him, especially his signature pose. So, how can our Nitin Goswami aka Vinayak ‘Vin’ Kundra from Siddhivinayak would be behind? The actor can be seen spreading his arms in a similar way like SRK while shooting for his show. Isn’t that great?

Well, now that is a special case for sure. The gorgeous beauty, Farnaz Shetty aka Siddhivinayak’s Siddhi Kundra is seen spreading her arms in a similar way as SRK does. Though she is not completely imitating the superstar, her pose is something that makes us recall of none but SRK’s signature pose.