Apart from the role of the tyrant ruler Kansa, Manish Wadhwa has also done many Bollywood movies. Read to know more about him. 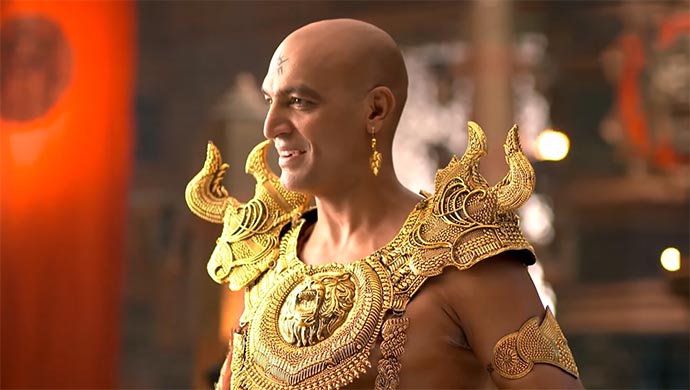 As an actor, Manish Wadhwa has played some villainous roles in the past too, but his performance in And TV’s popular mythological show Paramavatar Shri Krishna is surely one of his best ones. He plays the role of tyrant ruler Kans on the show. Ever since his entry, the actor has left a lasting impression on viewers minds as Kans. Watch the latest episode of Paramavatar Shri Krishna:

Apart from playing this role so flawlessly onscreen, there are some interesting facts about him which will leave you completely surprised. Want to know about them? Let’s take a look.

Surprised? surely this actor is multi-talented and his acting skills are no less.

Which fact of the actor surprised you more? Let us know in the comments section below.

What Happens When A Sanskari Meets An Atyachari? Checkout In Horn Ok Please

Bhabi Ji Ghar Par Hain 28 May 2019 Preview: Vibhuti Gets Beaten Up By Amma