These facts about the gladiators will also make your children interested in learning about them. Watch the animated film on ZEE5 Kids, streaming free 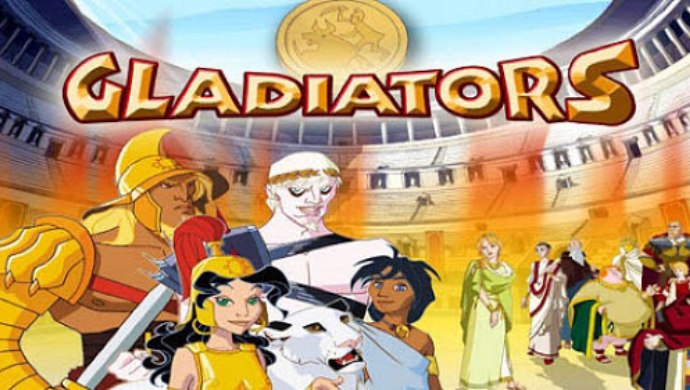 Gladiators were considered entertainers while they fought for their lives in front of large crowds. This was the stage where gods and heroes were discovered. ZEE5 Kids brings this ancient practice in the form of a cartoon series to entertain your child and teach them a bit of Roman history along the way for #NonStopBachFUN. Here’s seven facts about the gladiators that will make you want to sit down with your child and watch these cartoon characters as well.

Here’s the animated film Gladiators – The Tournament on ZEE5 in Hindi.

In this film, the warriors of the Sun decide to join the Seven Wonders tournament where they will brave many teams from all the parts of the Roman Empire. The winner of the gladiator competition will have Domitia’s hand in marriage. If you find yourself enjoying this film, you can also watch the next instalment Gladiators: The Conspiracy only on ZEE5. Now as promised, here are 7 facts about the gladiators –

1. Julius Caesar was one of the first rich Romans to spend vast sums on gladiators. He used it as a means to distract people from everything going wrong in his reign.

2. Several Roman Emperors stepped into the arena, including Commodus. Some people actually believed that Commodus came from a family of slaves. The Emperor Commodus also rigged the fights so that he could win.

3. Gladiators ate a vegetarian diet most of the time. However, this might also be because it was cheaper to provide them with vegetarian food.

4. Retired gladiators could enjoy lucrative second careers as celebrity officials, known as summa rudis. Some of them even trained other gladiators to fight in the ring.

5. Not all gladiators were men – female gladiatrix also fought in the arenas of Rome.

6. Not all gladiators wanted to be free. A legendary gladiator Flamma fought 34 times, and refused his freedom on 4 separate occasions. To set context, a gladiator usually needed to fight 15 times to win his freedom.

7. Rome’s first Christian Emperor brought the age of gladiators to an end in the year 325 AD.

Get all the live updates of the Coronavirus outbreak in the ZEE5 News section.

Dive Deep To Travel Underwater With Fifi And Lily In Fish Tales 2 On ZEE5 KIDS!