90's kids were not even born when the actor made his Bollywood debut! Read on to find out more interesting facts about the actor. 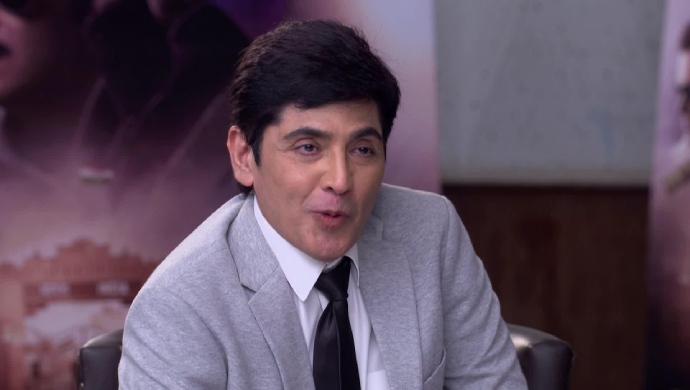 We love Aasif Sheikh as Vibhuti Narayan Mishra from And TV’s popular show Bhabi Ji Ghar Par Hain. The actor’s onscreen chemistry with his co-stars, Shubhangi Atre Poorey, Saumya Tandon, and even Rohitash Gaud is enjoyed by all. Being stood out with his unmatched comic timing in the show, the actor enjoys a crazy fan following today. Here is one such episode where Vibhuti disguised as a female character of Malishwali, have a look:

Certainly, this popularity is something that has not come easily to the talented actor. Today, we bring you interesting facts about Aasif aka everyone’s favourite Vibhuti Narayan Mishra, we bet you did not know earlier. Have a look:

1. The actor revealed in one of his earlier interviews that in his childhood days, he was considered as the most dud actor amongst his cousins and nobody wanted him in their team while enacting skits in Benares.

2. He loves cricket. He has won many school-level championships and prizes in the sport. He even represented his school at the national level. If not an actor, he would have pursued a career in cricket.

3. He has done hotel management, but he left in midway to pursue acting. This led him to join the school of dramatics and theatre, which started his journey in acting.

What does Saumya Tandon think of Aasif? Find out here.

4. He made his acting debut in the year 1984 with India’s first daily television show, Hum Log. Further, he acted in a number of Hindi movies, where he got recognition for his negative roles in films like Karan Arjun and even received praises for his comic roles in films like Pyaar Kiya To Darna Kya and Kunwara.

5. He has acted in over 80 films with constantly sharing screen space with superstars like Salman Khan and Govinda. In fact, the cult romantic song Bin Tere Sanam featured none but him along with Ruchika Panday. It was in the 1991 released romantic drama Yaara Dildara.

6. He keeps doing theatre. He has been associated with the IPTA (Indian People’s Theatre Association) and performs plays on a regular basis.

7. The character of Vibhuti Narayan Mishra was written keeping the personality of Aasif in mind. Also, he was the first character to be cast for Bhabi Ji Ghar Par Hain.

Hmm… Don’t underestimate the talent of Vibuti Narayan Mishra, Saarry its Nulla! Well, it was a great surprise knowing more about the actor.

Which fact of Aasif was more surprising? Let us know in the comments section below.

Watch the blend of comedy, action and thriller in the movie Simmba., onZEE5

20th Kargil Vijay Diwas: 9 Facts About The India - Pakistan War You Should Know