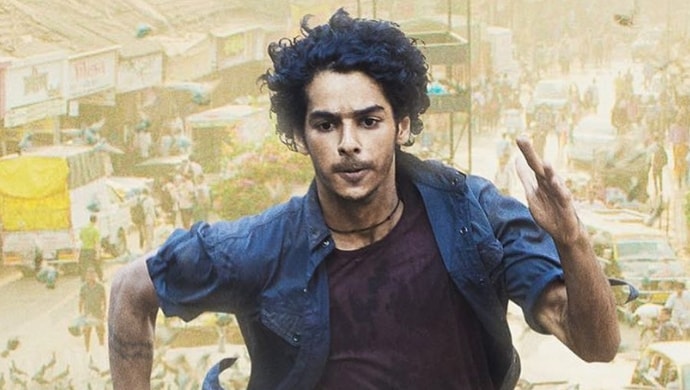 Iranian filmmaker Majid Majidi made a foray into Bollywood with Beyond The Clouds. The Academy Award-nominated director launched Ishaan Khatter and South Indian actress Malavika Mohanan in his very first film shot and based against a Mumbai backdrop. Released on April 20, 2018, the film was the opening one at the 48th International Film Festival of India.

In the words of Majidi, the movie is “the story of a brother and sister, just like that of Children of Heaven (1997), with the difference being that the siblings are grown-ups and tackle greater conflicts, with the bustling city of Mumbai serving as the backdrop.”  The project also marks second collaboration between Majidi and Oscar-winning music composer A.R. Rahman for the second time after Muhammad: The Messenger of God.

Albeit the film has brilliance spelled all over it, here are seven reasons you shouldn’t miss out on this stellar watch:

1. Majid Majidi’s realism in the world of surrealism

If his past works are anything to go by, Majidi belongs to the Satyajit Ray and Shyam Benegal school of cinema. He holds onto to each piece of reality and represents it with no garnishing howsoever. With films taking a flight away from the world of practicality, Beyond The Clouds offers a sweet respite, imbibing the natural culture and staying true to our roots.

2. Promising debutants in the form of Ishaan Khatter and Malavika Mohanan

Ishaan and Malavika may lack the experience required for the kind of movies Majidi has delivered in the past, but if you have seen their craft in BTC you won’t be able to tell that they are new to the band. Whilst their chemistry and camaraderie as a brother-sister needs no convincing from the word go, their individual scenes stand out as balanced equally with a range of emotions on display.

3. A break from mainstream dance and romance

The narrative of Beyond The Clouds is an obvious departure from the usual mainstream dance and romance routine. Tracing the lives of two siblings – Amir and Tara – in separation and in togetherness and through tribulations, the film is a fresh subject for the Indian audience.

Majidi is certainly not the first and last international filmmaker to visit India. But those in the past have only chosen to depict the country as a third-world nation in all possible frames, not Majidi though. He retains the crispness of what prevails and why so, for he took a deeper dive than the rest to actually see for things what they are.

A.R. Rahman and Majidi have earlier worked on Muhammad: The Messenger of God in 2015. Three years on, the maestros reunite to weave the same magic with their combination. The Academy Award-winner has created and written original songs and soundtracks for the movie.

Beyond The Clouds premiered at several prestigious film festivals during October 2017 to February 2018. All of them applauded Majidi and co. for their outstanding deliveries, with Ishaan also bagging the Best Actor Award at a Turkish Film Fest.

7. Putting Mumbai and India on the global map

Majidi’s films have always had a universal appeal, BTC is no exception. The worldly theme goes beyond the blood ties and thus, a pioneer in putting Mumbai and India on the global map!

Besides, Vishal Bhardwaj has penned the Hindi dialogues while award-winning DOP Anil Mehta has worked as a cinematographer on the film. And if all these reasons don’t define perfection, we don’t know what does?

Haven’t watched the film yet? Beyond The Clouds is now streaming on ZEE5!