7 Traits Of Christopher Columbus That Every Child Should Imbibe In Life To Become Great!

Renowned as the greatest explorer and voyager ever, the discoverer of America had plenty of virtues. Watch his story, in Hindi, on ZEE5 Kids for free. 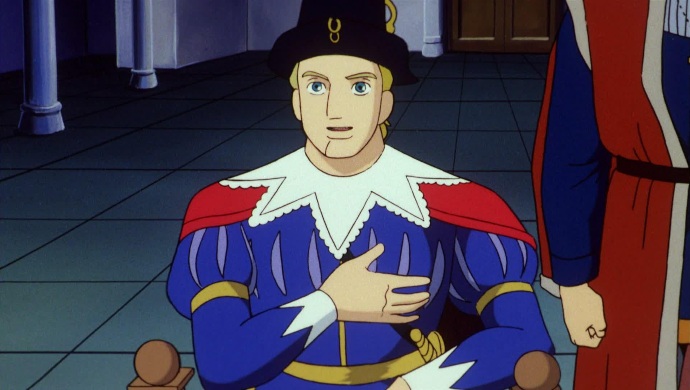 Movies are school away from school. On that note, ZEE5 KIDS brings to you the story of the man who discovered America, Christopher Columbus. Voyaging across the Atlantic Ocean four times, he explored lands and islands like Cuba, San Salvador, Spain, and the now United States (U.S). Such a legendary expedition is impossible without conviction in the heart and determination in the eyes! So, while we’re at home during #Lockdown, let us try to imbibe the traits of greatness and success in our lives, inspired by Columbus!

1. Rebel for a cause

Christopher Columbus lived in Italy (then the Republic of Genoa) under the rule of a king. Feeling misunderstood by his rulers, he galloped on his horse and left the land. He was summoned before the court by a guard and found out that the queen believed in his wish to sail through international waters. The ministers were against the idea, but he set off to France and Portugal in order to explore undiscovered lands and people!

In whatever he did, Columbus listened to his inner voice. Even when he was uncertain of his return to the homeland, he followed his heart and trusted it. Scared as you may be, the heart guides you in the right direction always. But there’s one condition! Keep a clear conscience and know the difference between right and wrong, which is beyond good and bad!

Imagine how difficult Columbus’ expedition must have been. Stepping into unknown territory isn’t a cakewalk! As the captain of a ship, he was confident yet nervous to begin his journey and shoulder the responsibility of fellow sailors as well. It is obvious that he was scared, but he did it anyway. Columbus is an embodiment of the quote, “Let your faith be bigger than your fear!”

As a voyager and trader, it was Columbus’ responsibility to learn the law and order of the new land and report to his king. As he paved his way through San Salvador, Cuba, and Spain, he respected their culture and realised their value as human beings. Later, he made sure to inform Spain about the unguarded waters through France and Portugal. He also lent a hand in making the life of tribal Africans a little better.

5. Care for children and animals

Through his course, Columbus encountered his son named Diego, who had a pet cat. Timid as he was, he would be troubled by bullies. But Columbus safeguarded him and his cat, making him stronger and braver. Diego is believed to be inspired by Columbus’ thoughts and words for the rest of his life. He promised Columbus that he would grow into a great man!

Though Columbus was a rebel, he inspired the people he met. When sailing on the ship, some dacoits had attacked them. Another gentleman from an adjacent ship helped Columbus get rid of them. Having heard Columbus’ name, the dacoits respected him and left in their boats. Columbus also inspired his fellow sailors to take on new challenges and brave through them!

When a volcano burst and storms hit his ship, not once did Columbus think of turning back! He always remembered why he started his voyage in the first place. Even when he was denied access to sail through international waters, he held his head high and found a way out. If he would have given up, we wouldn’t be reading the story of the greatest explorer ever in the history of mankind!

To know more about the discovery of America, watch the animated movie Christopher Columbus, dubbed in Hindi, streaming for FREE on ZEE5 KIDS!

Encouraging 'Sex Talk', Strawberry Milkshake Is A Must-Watch Short Film For Every Parent