Tulsi Kumar Dua of 'Paathshaala' and 'Once Upon a Time in Mumbaai' fame received this prestigious award at the Dadasaheb Phalke Film Festival 2020. 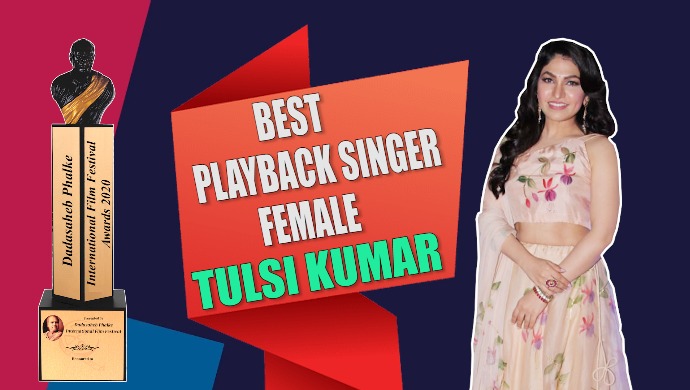 Tulsi Kumar Dua is a popular playback singer and began her career with backing tracks for Bollywood movies such as Chup Chup Ke, Humko Deewana Kar Gaye, and Aksar. She has established a successful career in the music industry and has earned a lot of fame due to her melodious voice. Her recent tracks, O Saki Saki and Tera Ban Jaunga have also captured attention. The beautiful singer has worked with several other industry giants, including Guru Randhawa, Himesh Reshammiya, Pritam, Anu Malik, Amaal Mallik, Mithoon, Jeet Ganguly, Arko Pravo Mukherjee, Meet Bros, and Sajid-Wajid. Recently, during the Dadasaheb Phalke International Film Festival 2020, Tulsi Kumar was awarded the best playback singer female award. The singer won the hearts of millions with her talent and received a lot of appreciation from audiences.

After receiving this most prestigious award, Tulsi Kumar was beaming with joy and received few words of appreciation from the jury. As she received the award, she was overwhelmed. She even remembered her late father and said, “I hope am making you proud. He is looking at me from up there and blessing me. I’m here to do good work and receive all your love.” She even sang few lines from her song  Tujhpe Hi Toh Mera Haq Hai…from Kabir Singh.

Shoaib Kabeer On Playing Kasab And 'Making Of A Jihadi' Episode In State Of Siege: 26/11