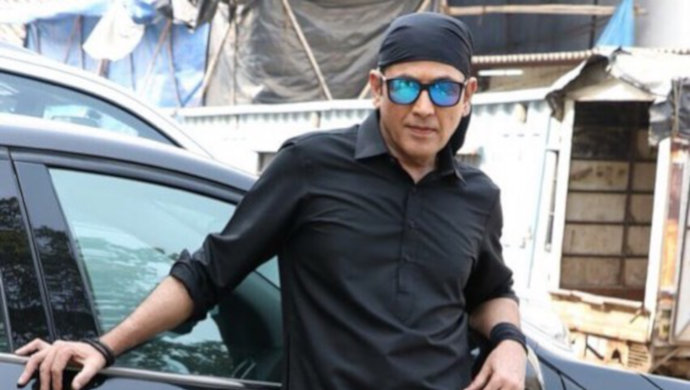 And TV’s popular show Bhabi Ji Ghar Par Hain is a great stress buster. Be it the actors or the plot, everything seems to be perfectly done. As a result, the show has now garnered a huge fan following. The show is also known for using old and classic Hindi film songs in many different funny and comical situations.

Take a look at the latest episode of Bhabi Ji Ghar Par Hain:

It was during the shoot with such classic Hindi film songs when Aasif aka Vibhuti went down on a nostalgia trip. How? Let’s reveal it to you.

It was in the period of early 90s when the actor playing the lead role in a film titled Yaara Dildara (1991). The film featured some melodious romantic numbers, in which tracks like Bin Tere Sanam enjoys a cult following today and is still one of the most searched videos on YouTube as well. Apart from this, the other song Tum Hi Hamari Ho Manzil My Love is also loved by many.

It’s so ironic that both these songs which originally starred Aasif were once again shot featuring him, nearly after more than two decades. And this time it was on the small screen where he was seen playing the role of ‘nulla’ Vibhuti dreaming about Angoori Bhabhi in the show.

Have a look at the actor’s tweet and his stills from Bhabi Ji Ghar Par Hain and Yaara Dildara here:

Indeed, for Aasif, it would have been a pure nostalgic trip to perform again on his own songs in front of the camera. Don’t you agree with us?

Share with us your feedback in the comments section below.

Gaurav S Bajaj Aka Rudra’s Love For Golf Will Leave You Surprised! See Pics And Videos

EXCLUSIVE! Jimmy Sheirgill: Rangbaaz Phirse Is Based On Those Who Got Pushed By The System