Abhay Season 1 Story So Far: Revisit The Blood, Gore And Thrill And Expect More Of It Soon 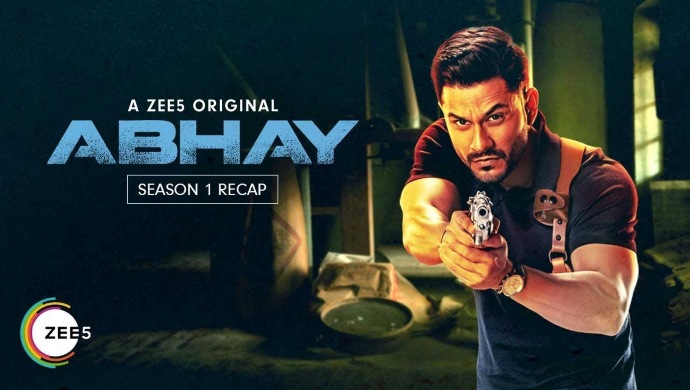 Abhay starring Kunal Kemmu as Detective Abhay Pratap Singh is set to return for a second season. This gritty series is based on real crimes and is a good psychological look at murderers and serial killers in India. The series is directed by BP Singh who has been involved in stories of crime and murder since his days on popular TV show CID. The first season of this series co-starred Elnaaz Norouzi, Rituraj Singh, Maninee Mishra, Sandeepa Dhar and Gopal Singh.

Watch the recap of Season 1 here.

In the style of all psychological thrillers, Abhay is a cop who is able to get into the minds of criminals and serial killers to track them. However, this skill is a blessing and a curse which takes down some dark paths investigating dark crimes. The first scene itself reminds your of the lullaby “Naani Teri Morni ko Mor Le Gaye’ but with dark and creepy undertones.

The recap shows some of the most dangerous criminals Abhay encountered. Starting from the criminal to kidnapped and killed little girls, a criminal who killed his victim and then ate their flesh. The Butcher of UP and the criminal to killed people and buried their bodies with cement. Tackling these criminals came at quite a personal loss for Abhay while he is shot and his wife is killed by one of the criminals.

He gets valuable help from characters played by Elnaaz Norouzi and Anurpiya Goenka who put their lives and bodies on the line to join Abhay in getting rid of these criminals. Abhay continues to search for justice despite the danger in this profession in second season of Abhay set to release soon on ZEE5.

Tears Of Joy: 5 Proposal Scenes From ZEE5 Shows That Made Us Laugh And Cry