Abhi Vs Yudi: Who Would You Vote For As The Coolest Father?

Abhi of Kumkum Bhagya is a doting father who has spoilt Rhea with his love, while Yudi of Hum Tum And Them is daddy cool. Who do you like better? VOTE 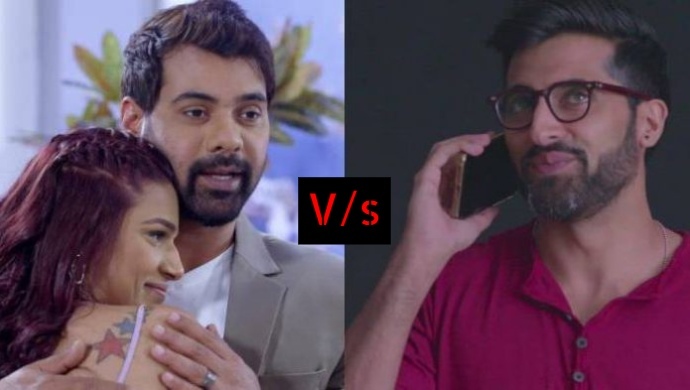 Kumkum Bhagya introduced Abhi as a rockstar with a not-a-care attitude. He is shown as selfish and highly withdrawn into himself, until Pragya comes into his life and brightens it up. She helps him come to terms with himself and makes him a better person. Their love story is full of constant ups and downs. In recent episodes, the separated couple can be seen parenting their twin daughters Rhea and Prachi. Abhi and Rhea share a very close bond. Rhea gets jealous of anyone coming close to her father especially Prachi. Abhi tries to be a good father and spoils his daughter with everything she needs.

But Abhi’s love and care has turned Rhea into a spoilt brat. She tries to wreak her sister Prachi’s life. While Yudishtir aka Yudi, from Hum Tum And Them, does not pay enough attention to his kids. He believes that each person in his family has their own life, and is not dependent on anyone. Thus, Yudi’s children have become distant and his son feels that his father is trying to live a carefree teenaged life in the stance of ignoring them.

Abhi remarries Disha, and his sister Aliya is a big help in bringing up Rhea, but the influence has rubbed off on Rhea and she has become manipulative and mean. She cannot see anyone or anything in a positive light. In the case of Yudi’s children, they try to break his relationship with Shiva because they don’t want to be with either of them.

Abhi is a very indulgent father and loves Rhea to the core. He is seen giving in to her whims and bringing her whatever she asks for. Whereas Yudi is dismissive of his children. He ignores them and meets them whenever he desires. He also tries to act cool and behaves like a teenager. Yudi is looked down upon by his children, but Shiva tries to change this in the show.

Who do you think is the better father out of these two? Vote below! Also, leave your thoughts in the comment section!

Watch The Story Of Hamlet Unfold With Haider

7 Best Animated Animal Films, From Fish Tales To Zoo Wars For Your Kids To Watch On ZEE5