Abhishek is one actor who loves to promote good work, even if its of a competitive show. 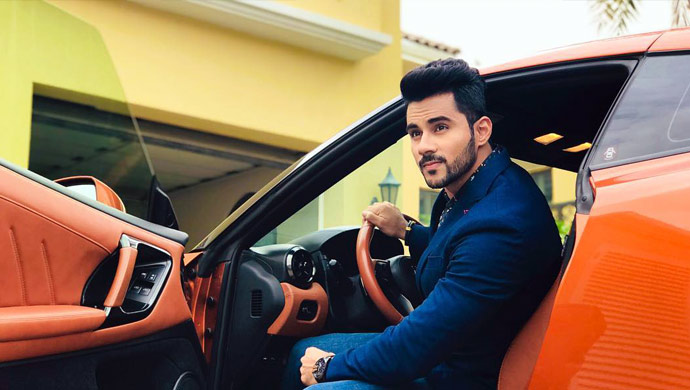 Prior to its airing, TV sitcom, Bhabi Ji Ghar Par Hain has been running successfully, gaining a huge fan following. For fans, there’s a lot of enjoyment in anticipating that new episode will be like and just eagerly waiting for it to come on air. And to our surprise, this list of admirers even includes some other popular television stars as well. Let’s break this to you.

Take a look at the latest episode of Bhabi Ji Ghar Par Hain:

TV star Abhishek Bajaj is turning to be everyone’s favourite these days with his portrayal of Mahi in And TV’s show Bitti Business Wali. But, the actor himself is in admiration and is a fan of Bhabi Ji Ghar Par Hain. And we have proof! Recently, the actor posted a selfie from the sets of his show along with his co-star Reshu Consul. The actress plays the role of his onscreen sister-in-law (Bhabi Ji) in the show. Abhishek has inserted text on this selfie which reads, “Bhabhi Ji Ghar Pe Hai!”

Have a look at this picture shared by the actor below:

He has no fears in promoting some other good work happening around on television, despite knowing about this fact that Bhabi Ji Ghar Par Hain is also a competitive show in front of his show Bitti Business Wali.

Stay tuned for all this more and more on ZEE5. Watch The Verdict: State vs Nanavati, now streaming on ZEE5.

Love, Sleep, Repeat: Rashmi Sharma To Bankroll Adaptation Of 7 Days Without You

Did You Know Ladakh Was Specially Opened In December For The Shooting Of Paltan?