Aftab Shivdasani: Poison 2 Has A Great Script With Revenge As Its Central Emotion 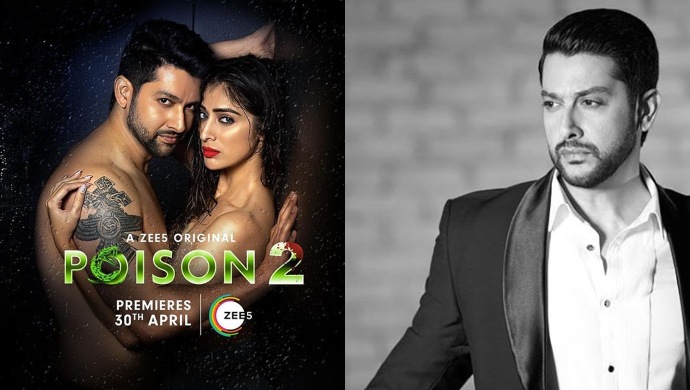 Aftab Shivdasani has hopped on the web series bus and is all set to make his digital debut on India’s largest OTT platform. Season 1 of Poison was a revenge thriller starring Arbaaz Khan, Riya Sen, Tanuj Virwani and Freddy Daruwala.  The season 2 of ZEE5 Original series, will be starring a brand new cast of Aftab Shivdasani and Raai Laxmi in the lead roles, along with Pooja Chopra, Gautam Gulati and Taher Shabbir. The sequel has a completely new plot and storyline but has revenge as its central emotion.

Here’s what Aftab Shivdasani has to say about the upcoming project in an interview with ZEE5, on its 2nd-anniversary celebration event on 14 February 2020:

1. Poison 2 is your digital debut. Would you like to share your experience of shooting for this series?

“It’s fantastic. I’m working with Vishal Pandya, the director of the show, who is a very dear friend of mine. It’s my first time that I’m doing something on a digital platform. It’s quite exciting and it’s different from what I’ve done before. It’s amazing to work with ZEE5 and Tarun Katial (CEO), Punit Goenka (MD & CEO-ZEE) and the entire team.”

2. How are you looking forward to the show and what do you expect?

“It’s very encouraging. I’m looking forward to it because it’s a really exciting show. It’s a great script and a great character that I’m playing. It’s something that I’ve not done before, so I’m excited to explore my character on the internet space!”

3. You said you’ve not done this before. Are there any challenges in preparing for this role?

“I think every role brings its own set of challenges. Sometimes, when you do different things, it makes you think differently and perceive things differently. To play a role like this required a lot of intensity; something that I really enjoy doing. I’m sure when people see it, will have me in a different light as well!”

4. Were you under any pressure of living up to Poison Season 1?

“Actually no! I don’t really take the pressure of a franchise or even if I do something new. For me, every situation is a challenge and has its marked pressures. And I don’t let that come to my head when I’m working. Once I’m in front of the camera, the only thing I think of is basically how I need to portray this character and how engrossed I can get in my performance! I don’t really think about external factors.”

5. Do you derive from personal life while you’re playing such a character?

“A lot of things that are created on-camera are derived or influenced by personal life. And I think this question can be best answered by the writer of the show. But, I’m merely portraying a character. Of course, we use our personal experiences to contribute to what we’re doing on-screen and in every aspect, there is some degree of yourself. But, I think life itself is my greatest influencer, mine or even somebody else’s!”

6. Would you like to share your experience of acting with your co-stars Raai Laxmi and Pooja Chopra?

“It’s great! We just started filming about a week ago. I think we have a bunch of amazing actors and very talented people on the show! It’s a lot of fun because everyone’s got such clearly carved characters and they’re defined do well. Even though we’ve never worked together, we have fantastic chemistry between us. The fact that we don’t know each other well is going to bring out the novelty!”

7. The OTT platform is booming. How is it bringing a change in storytelling and cinema?

“It’s the future! A lot of people, including myself, are watching a lot of shows online and getting hooked on to them. So it’s exciting to be a part of a web series for the first time and hopefully many more to come! It’s a great medium to reach out to the audience.”

8. ZEE5 is celebrating its 2nd anniversary. Would you like to wish them in any way?

“Yes, I would definitely like to wish ZEE5. I’ve heard amazing things at the press conference about how ZEE5 has done close to 100 original shows in 2 years which is absolutely incredible. And I want to congratulate them on this leap. The efforts and hard work that they’ve put is not easy at all. May they go from strength to strength!

Directed by Vishal Pandya and produced by Suzanna Ghai (Panorama Entertainment), Poison 2 looks engaging, interesting and promising! It is scheduled to premiere on 30 April 2020, exclusively on ZEE5. Stay tuned for more updates on it!