Aparna Acharekar, Programming Head of ZEE5, speaks about the platform setting a new trend of web reboots for TV shows and the growing digital medium. 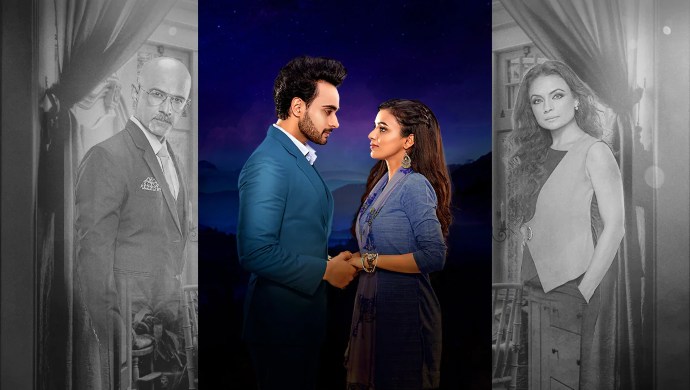 New ZEE5 Original web series Ishq Aaj Kal is the first-of-its-kind digital drama for it is a web spin-off of television show Ishq Subhan Allah. Taking forward the story of Kabeer and Zara’s cousin Aaliya Jaffri from the Zee TV serial, the thriller web drama focuses on the life of Aaliya, her challenges while also retaining the feel of Ishq Subhan Allah. Aparna Acharekar, Programming Head of ZEE5, speaks to us exclusively about the OTT platform setting a new trend of web reboots for TV shows and the growing digital medium.

Read the excerpts from the exclusive conversation with Aparna Acharekar here:

1. What prompted the decision to make a spin-off of Ishq Aaj Kal?

We have been wanting to upscale the content for our TV audience. We have a huge base of people who love our network and watch television content on our platform ZEE5. We wanted some opportunity to be able to upsell content on our platform for our audience that they would be able to watch beyond their usual television drama. There is no better way of trying to tell a story which is unique to ZEE5 but in its heart, the germ of it still comes from TV. From a television point of view, there is a Kumkum Bhagya and a Kundali Bhagya, then there is Bhabi Ji Ghar Par Hain and Happu Ki Ultan Paltan. So we wanted to provide additional stories on ZEE5 with equally lovable characters who are set in the space of ZEE5 and not available on television.

2. Ishq Subhan Allah is set the romantic space purely whereas Ishq Aaj Kal is more of a thriller. Could you elaborate on the specific choice of genre?

There is a huge romance angle in Ishq Aaj Kal too. From our learnings of digital as a medium, thriller works very well. Plus, we need to have some differentiative from the style of narration of television. Therefore we decided to marry that – at the core of the story is a love story blossoming, but there is a thriller angle also. A television show would normally go several hundreds of episodes, for a story to progress and the meat to come out. But here you have limited episodes and a smaller time to keep your audience hooked, therefore thriller angle works in case of binge-watch.

3. Why make a web spin-off instead of a television one?

From Abhi-Pragya in Kumkum Bhagya, the store progresses to the Arora sisters in Kundali Bhagya. In Ishq Subhan Allah also, from the core characters of Kabeer and Zara, the story now progresses to his cousin Aaliya Jaffri and it is a world set around her. They come from the same family, and the way she thinks and what she does is very similar to her relatives. The thought was not to take away anything from the television, in fact, this is a great way for us to get our TV audience on digital and back. These characters were recently introduced on television in Ishq Subhan Allah and now their story is being taken forward on ZEE5.

4. How advantageous is the transition from television to the digital medium?

Digital is all about binge-watch. Once you start watching, you don’t have to stop as compared to television where there is prime time or you have to wait till the next day for the episode to come. People want to binge-watch, if you have two-three hours free, you can simply finish a series. This is an experimental and in fact the first television series to get a spin-off on the digital medium. So it’s a great space for actors and makers to explore.

5. Will we see follow-ups to older shows?

We are looking at this format, Zee has a legacy of 25 years and we have some really great television content. With ZEE5 we actually have the opportunity to reinvent a lot of these storylines and make them contemporary for today. Some really great stories that were ahead of their time, made in the early 2000s can have a makeover, a digital remake now. We have not averted that idea, Ishq Aaj Kal is our first attempt that at. Hopefully, it’s successful and we will have a good case study and have a good model to follow.

6. Do you feel there are any limitations to the OTT space?

I am not sure there are limitations anymore. The way data is consumed every day, there are no factors limiting the growth of OTT anymore. What can really work is some great content coming from India, stories that originate from India, talk about India and its culture. Once that is tapped into, there will be no reason Indian audience won’t have anything to watch in their free hours. Like we have tried a spin-off for Hindi, we are trying for a couple of regional shows also. We will take the learnings from Ishq Aaj Kal. How edgy we can make our characters because these characters we are borrowing from television have a certain following and are loved by the TV audience. If I am taking them and transporting them to the digital medium, I need to have some learning as to how well people are liking them on the platform. As a matter of fact, Ishq Aaj Kal was trending organically on Twitter. So obviously there is great curiosity and love for our TV characters and we’d only want to

In the meantime, don’t forget to catch the latest blockbusters like Simmba and Uri: The Surgical Strike on ZEE5.

8 Animated Movies Of Natkhat Krishna That You Can Enjoy Watching With Your Kids!