Ajo Of Mentalhood, Nandita Of MOM: Loud And Embarrassing Parents On ZEE5 You’ll Relate To

From Tanie's mom in Never Kiss Your Best Friend to Anuja Joshi in Mentalhood, which loud parent reminds you of your own? 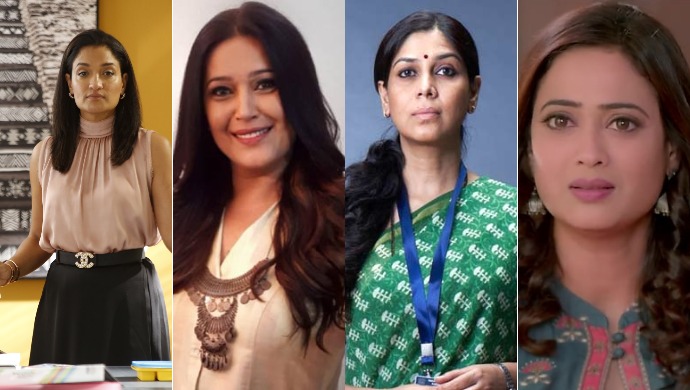 The makers of TV shows have showcased the reality of Indian parents in the most cringe way. Indian parents are overprotecting, over caring, strict, stubborn, angry and much more to add on. In the Indian television shows, the makers portray similar characters that one can relate to. Here is a list of loud and embarrassing parents found on ZEE5 Original web shows. Right from Tanie’s mom Harpreet Brar from Never Kiss Your Best Friend to Anuja Joshi in Mentalhood, here is a list of top 5 most embarrassing parents. Take a look at it-

The ZEE5 Original web series Never Kiss Your Best Friend is an adaptation from Sumit Sahi’s book and featured Nakuul Mehta and Anya Singh in lead roles. The actors played the role of Sumer and Tanie in the show. Tanie’s mother Harpreet Brar’s role was played by actress Niki Walia. In the web series, Niki plays the role of a loud Punjabi mother who is overprotective about her daughter. She is extremely controlling but has a fun element within her. Harpreet is quiet strict and one can easily relate with her character.

2. Anuja Joshi aka AJo from Mentalhood

Actress Sandhya Mridul will play the role of Anuja Joshi (AJo) in the upcoming emotional web series Mentalhood. In the show, the actress is playing the character of a strict mother who is also a perfectionist. AJo wants her kids to be as perfect as her and can go to any length to achieve that perfection. In an interview with us, Sandhya said, “Ajo is the perfect mother and is quite strict with her children. She believes in a disciplined lifestyle and always being number one. She wants her kids to be perfect and does not like weakness. She takes it to the point to be neurotic and she is a volatile character. Ajo can be your best friend and at the same time, your worst enemy depends on how is she feeling about you on that given day. She is fiercely protective of her children. She can be a bully and a very tough facade. Ajo is a powerful character and other moms are extremely scared of her.”

Actress Sakshi Tanwar played the role of an independent woman scientist Nandita in MOM (Mission on Mars) web series. Nandita’s character is of a strict disciplined Mission Coordinator of M.O.M. Apart from that she is a caring mom and is dominant.

Actress Gruha Kapoor played the role of Sunny Leone’s mother Balwant Kaur Vohra in the ZEE5 Original web show Karenjit Kaur: The Untold Story Of Sunny Leone. Mrs Vohra had a sense of humour and was no other than any Indian concerned mother. In the series, it was shown that Mrs Vohra was an alcoholic.

5. Shiva from Hum Tum Aur Them

Actress Shweta Tiwari played the role of Shiva from Hum Tum Aur Them show. In the series, Shiva’s character was a divorced mother with a kid Jahan. She was full of responsibility and was concerned about her kid. Shweta’s character in the show will surely keep the audiences engaged in the plot.

So, which character you can relate with? Do let us know in the comments section below.