Karan Suchak spoke about how he was able to draw many parallels between both the characters. 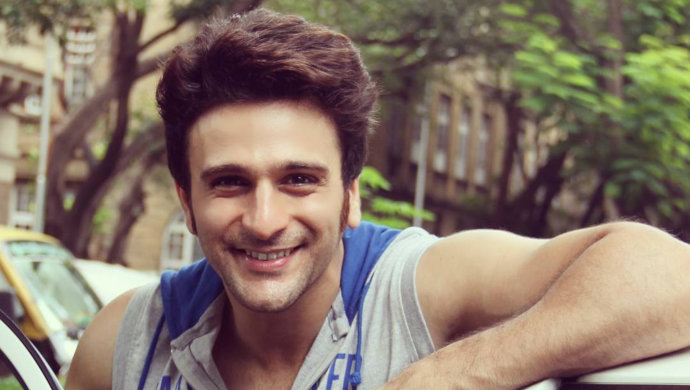 Over time, Karan Suchak receives a lot of praise for his portrayal of simpleton Akhilesh Pandey. Among these, Akhilesh’s first look in Meri Hanikarak Biwi was something that caught our eye. For the ones who aren’t aware, this look is inspired by none other than superstar Salman Khan. Yes! You read that right.

Watch the latest episode of Meri Hanikarak Biwi below:

If you observe Akhilesh’s look in Meri Hanikarak Biwi, you will notice that it (the look) is inspired by Salman’s character Pawan Kumar Chaturvedi aka Bajrangi from the blockbuster film Bajrangi Bhaijaan (2015).

From the religious locket in the shape of Lord Hanuman’s Gadha or being the ardent devotee of the same lord, not only the look but also the character traits of Akhilesh that of being simple and honest, is similarly like Salman’s character Bajrangi. Have a look at a picture of both characters:

In one of his earlier statements, Karan has also chosen to spoke about this, he said, “When I was offered the role of Akhilesh Pandey, I immediately thought of Salman Khan and his look and personality in ‘Bajrangi Bhaijaan’. In fact, I was able to draw many parallels between both characters. The similarities in their personalities and approach to life formed the stepping stone when I was preparing to play the role on television. I strongly believe that given these commonalities between our characters, the viewers will find it easier to relate to Akhilesh.”

“After being offered Akhilesh’s role, I have been following Salman Khan’s mannerisms in the movie closely. And, while I am not copying him, I do find it to be a great reference point,” added the actor. Well, that’s quite interesting.

Did you guess that right? Let us know in the comments section below.

Omkar Kapoor On His Jhootha Kahin Ka Co-star Rishi Kapoor: He Is A Large-Hearted Person