And TV brings to you an out-of-the-box concept with Shaadi Ke Siyape starring Mishkat Varma and Sheen Dass in the lead roles. 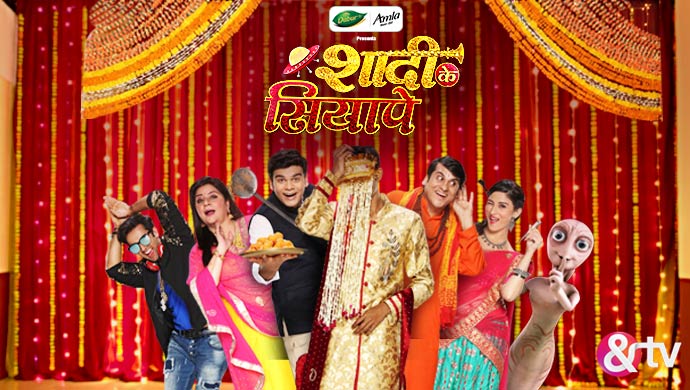 Becoming a wedding planner in India is a hectic job. Those who aspire to do it after watching Bollywood movies, often end up facing huge losses. Though Indian weddings are pretty to look at, there is a lot of drama, comedy, action and conflicts involved behind the scenes. If this is the scenario with normal humans then imagine what will happen if aliens land on earth and become wedding planners? Crazy, right? We are talking about the new show ‘Shaadi Ke Siyape’ starting from 16th of March. Take a look at its promo below:

The story is said to be of a wedding planner who is an Aunty played by Alka Kaushal. The funniest and interesting part of the show is that it will have aliens who would help her in managing the day-to-day activities in her job. Talking about its star cast, Mishkat Varma and Sheen Dass will be seen playing lead roles in the show.

While talking about his character to a leading daily, Mishkat said “I play an alien, who lands on earth with fellow aliens. Each one of us inculcates traits from different human beings. I become a DJ, while another one becomes a cook. We are on a mission to find someone, but end up working for a lady, who owns a marriage hall.”

The actor has also spoke about his look transformation, “Though I did an episode of ‘Laal Ishq‘, I didn’t take up a daily soap in the past one year. I worked on myself and have lost around 15 kilos. My look on the show is quite urban and I will make an effort to appear different from my previous shows. I am certain that the weight loss will add to it.”
There are talks that more popular names will be joining the ship. Till then, we are waiting for 16th March.

Did you watch the funny family of Daroga Happu Singh? If not, catch it on ZEE5

Watch Richa Chadda Playing The Character Of A Dancer In Cabaret

Did You Spot This Kumkum Bhagya Star In Arjun Rampal Starrer ZEE5 Original The Final Call?