All You Need To Know About Paramavatar Shri Krishna Show, Re-Running On AndTV

Child actors Nirnay Samadhiya and Mahi Soni essays young Krishna and Radha in this mythological devotional-drama. Watch it re-running on &TV and ZEE5. 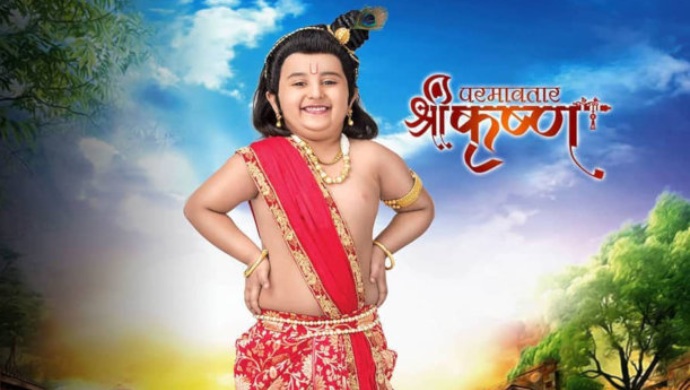 AndTV launched its independent Indian-television mythological – drama, Paramavatar Shri Krishna in 2017. While India is under lockdown due to the coronavirus pandemic, the show has started retelecasting on &TV, every day at 8:30 a.m. The Hindu devotional show takes you on the journey of Lord Krishna, from the mischievous child who stole makhan, to being the protector of the world. Shri Krishna embarks on a number of adventures to fight and eradicate evil forces. Read further to know more about the cast and story.

Even before Krishna is born to Mata Devaki, she dreams of holding her son close to her bosom and playing with him. Young Krishna is played by child actor Nirnay Samadhiya, while television actress Gulki Joshi essays his mother, Devaki. Lord Krishna is a major deity in Hinduism, and worshipped as the eighth avatar of Lord Vishnu, after Lord Ram. He is also the svayam bhagavan (supreme god in his own right). The anecdotes and narratives of his life are generally titled as Krishna Leela. He is a central character in the Mahabharata, and Bhagavad Gita.

Tracking the childhood of Krishna, he is the son of Vasudev (Chaitanya Choudhury) and Devaki, of the Yadav clan in Mathura (Uttar Pradesh). He meets Radha, played by Mahi Soni (young). He enchants and playfully loves her, and all of the gopis (milkmaids) in Vrindavan. His romantic love story with Radha is known as Rasa Leela wherein he plays the flute and dances to spread his charm. His mischief and pranks of breaking the gopis’ matkas (pots), earn him the nickname Makhan Chor (butter thief). He also steals the hearts of the people in Gokul.

Krishna, essayed by Sudeep Sahir, is raised into adulthood by Nanda (Sachin Shroff), and Yashoda (Gungun Uprari), after he is exchanged as a baby by Vasudev. He grows up with two siblings, Balram and Subhadra. He learns that his maternal uncle, King Kansa (Manish Wadhwa) wants to kill him since he was born, because Kansa believes that his death is at the hands of Krishna. He overthrows and kills the tyrant by pulling him by his hair down the throne. He reinstates Kansa’s father, Ugrasen as the king of Yadavas, and becomes a prince at the court.

After returning to Mathura, he leads the Yadavas to the newly built city of Dwaraka. There, he befriends Arjun (Ankit Bathla), and the other Pandava princes of the Kuru kingdom. Meanwhile, to protect the inhabitants of Vrindavan from the devastating rains and floods, Krishna lifts the Govardhan mountain with his bare hands. Later, he goes on to marry eight wives, namely Rukmini, Satyabhama, Jambavati, Kalindi, Mitravinda, Nagnajiti (aka Satya), Bhadra and Lakshmana (aka Madra). But his love for Radha remains true, till he is accidentally killed by Jara.

To gain more insight into his life, watch all the episodes of Paramavatar Shri Krishna, every day at 8:30 a.m on &TV and also on ZEE5.

Mother’s Day Spl: Challenges That Single Mothers Like Kaali Go Through In…

You can also witness the mischievous childhood of the deity in the animated movie Krishna Makhan Chor, now on ZEE5 KIDS.

The Casino Teaser Will Take Your Breath Away With It's Glitz, Glamour And Gritty Action