Here is something you shouldn't miss on a lazy Tuesday! 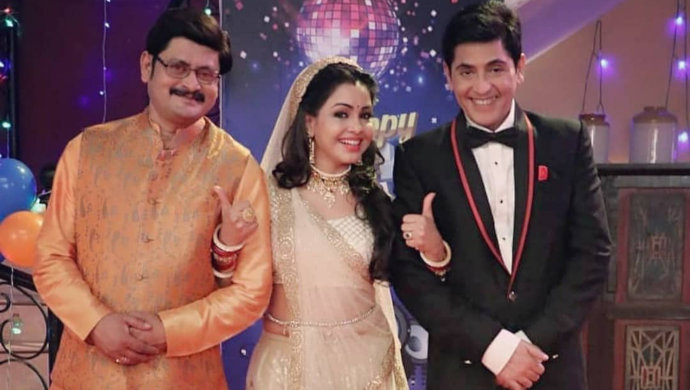 Over the years, And TV’s popular show Bhabi Ji Ghar Par Hain has been running successfully, gaining a huge fan following. For die-hard fans, there’s a lot of enjoyment in anticipating to what the characters will come up with in the latest episodes. It is very hard to say that who doesn’t like to binge-watch this show. Apart from the hilarious plot situations, the bonding of the cast is simply amazing. It wouldn’t be wrong to say that it is perhaps their great friendship bond off-screen which probably sees that hilarious unmatched comic timing getting translated onscreen so perfectly. Watch and enjoy the latest episode of Bhabi Ji Ghar Par Hain:

Now, in the current times, sharing funny videos and pictures from the sets is a very normal thing for our TV stars. Amongst them, Angoori Bhabhi (Shubhangi Atre Poorey) is one of the few who has often taken time to post something interesting from the sets of Bhabi Ji, which really keeps us, and her fans out there entertained. Recently, we came across watching a funny video of Angoori Bhabhi’s ‘Masti on Set’ with none other than our very own Vibhuti Mishra (Aasif Sheikh). And we must tell you that it will make you go LOL!

She shared this video on her Instagram account which sees her doing a funny dance rehearsal along with Vibhuti ji. She captioned it, “Mastiiiii on Set. #AngooriBhabhi #VibhutiNarayaishra #BharbhutiJi #Dance #YeKyaHoRhaHai #Masti #OnSets #AndTv😉😉.” Take a look at the fun video below:

Indeed, Angoori Bhabhi and Vibhuti ji are a laugh riot onscreen as well as off-screen. Don’t you agree with us?

Badlapur Is A Brilliant Script, Backed By Outstanding Performances Of Varun Dhawan And Nawazuddin Siddiqui