Ayushmann Khurrana Birthday Special: Dishy, Daring And A Darling Of An Actor At 34

Dream Girl star Ayushmann turns 34 on 14 Septemeber. A toast to one of the best things that happened to Bollywood, currently on producers' speed dial! 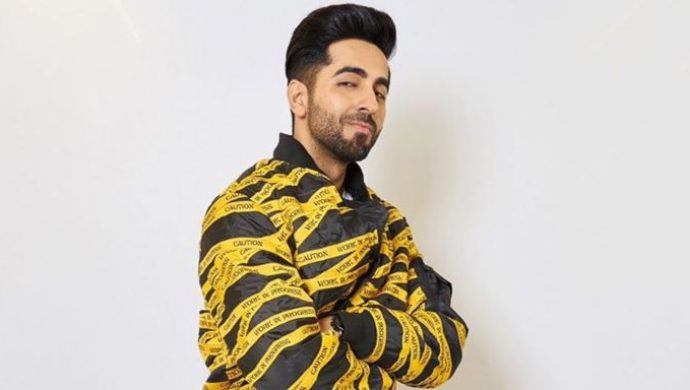 Seven years ago, the best thing happened to Bollywood – a change in storytelling. Hindi film industry belted out mass entertainers like Rowdy Rathore, Ek Tha Tiger, Dabangg 2 and many more. Notably, this was the same year when the cine-buffs welcomed class entertainers like Gangs of Wasseypur, Barfi!, English Vinglish, Shahid, etc with open arms. But the sweet success of these unusual scripts wasn’t as big of a surprise as was Vicky Donor – a film about a sperm donor. Never before had a Bollywood flick even mentioned the word, let alone talk about it. The male lead star of this eccentric film was equally exceptional – Ayushmann Khurrana. None of us would have imagined his debut was the beginning of telling small-town stories by replacing surrealism with realism, with Ayushmann at the fore. Our regular dose of Khans and Kapoors, which we basically grew up on, now had a special ingredient: Khurrana. Cut to 2019, and Ayushmann very much remains the absolutely non-macho actor, far from our fantasies of a quintessential Bollywood ‘hero.’ His offbeat taste has pretty much rubbed off on other stars, giving them a real run for their bucks. Only now, we can associate Ayushmann and Ayushmann only with atypical characters.

Yes, Ayushmann is just 12 films old. Yes, he has been around for seven years only. And yet, his Midas touch has turned every script to the critical and/or box-office  gold. His finesse extends far beyond his acting – although his utopian repertoire makes him the ‘Dream Girl’ of every producer! But it’s just this formula, or theory or gut feeling or instinct or whatever we are not aware of that Ayushmann has to select scripts, sheer genius! Every time the final credits of his film roll, man, we cannot help but go for another round of ‘Ayushmann…Ayushmann!’ The world can never have another Ayushmann.

Watch the ‘Best of Ayushmann Khurrana‘ on ZEE5 now!

Let’s begin at the top. Vicky Donor showed Ayushmann as an easy-going accidental sperm donor. Even though you may feel shy to admit, we know not everyone knew sperm donation was a concept. In the very year, we saw three young adults enter the industry with an out-and-out entertainer laced with run-of-the-mill highschool romance and drama. He’d have perhaps picked a slapstick comedy or an adrenaline-pumping action flick, but Ayushmann decided to become the ‘guy-next-door’ with a movie that made everyone sit right up and take notice. Till date, I, for one, can never think of who else could have played our Punjabi puttar Vicky.

Strategy or stars, call it all you wish, but as of today, Ayushmann is the only actor with boasts of an uninterrupted innings of daring choices. You go, A, you go. Despite a string of flops, he decided to throw his weight behind a content-heavy Dum Laga Ke Haisha. Not Bhumi Pednekar, not Ayushmann, but story sat on the throne alone. Soon after, he ‘stood up’ for an issue like erectile dysfunction. When he reunited with Bhumi in Shubh Mangal Savdhaan, Ayushmann was no longer fresh off the hook. People wanted to see him, of him. And all Ayushmann gave a damn about was the story. It’s almost as if he has mastered the art of blending reality with the richness of content. He slips effortlessly under the skin of a romantic writer and sheds it easily to play a street-smart Chirag in Bareilly ki Barfi. Then again, he goes on to deliver the performance of the year as a pretentious piano player in Andhadhun, finally taking a National Award home.

Badhaai Ho was a light-hearted but absorbable drama which emphasizes the importance of an issue. By now we knew Ayushmann has weaved a pattern: he is impressive, sure, but also perhaps has a thing for intriguing and inspiring everyday stories. Not taking away a thing from the filmmakers and storytellers, Ayushmann’s filmography is a case study for anyone who is remotely interested in ‘acting.’ Just when the world was ready to put him in a bracket and push aside, he bounced back with Article 15 in theatres. In a country like India with divided views, discussions, and debates are at the center of such films. But Ayushmann made it seem like a cakewalk. Who knew a deeprooted problem could have been told so simply? Last Friday, he became the ‘Dream Girl’ on every producer’s speed-dial. No kidding.

If you ask me, the applause, the admiration, the love and the laurels that Ayushmann Khurrana is being showered with, in recent times, was long coming. We are probably so blinded by the gloss and glamour that we fail to differentiate reality from 70mm, and that’s exactly where he bridges the gaps. Real, relevant and relatable is a genre – up down the ‘Ayushmann Alley.’

Bala, Gulabo Sitabo, Shubh Mangal Zyada Savdhan, and many more to come are proof, he is not giving the ‘unconventional’ badge up any time soon and for that, we are ever grateful. Before we sign off, let’s just make one thing very clear – there is no formula to becoming an Ayushmann Khurrana. So, here’s toast to the unique gift universe received 34 years ago, today. Happy Birthday, Ayushmann Khurrana!

Stay tuned to entertainment with your favourite films and TV shows on ZEE5.