Baarish 2 Finale Trailer: Will Anuj Be Able To Get Gauravi Back In His Life?

Baarish 2 speaks about the tests one faces when one is in love and also shows us the magic of true love #Pyarkaimtehaan. 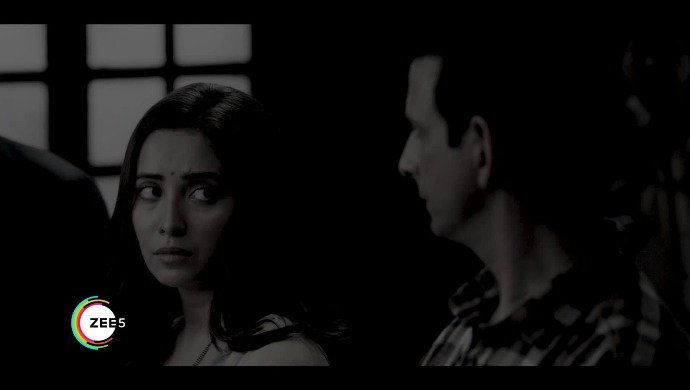 Baarish is a romantic drama series that features Sharman Joshi and Asha Negi in lead roles. The series is available on ZEE5 and the show is a huge hit among the audiences. The story of this much-loved show revolves around a rich diamond merchant, Anuj who marries a middle-class girl, Gauravi. The first season of Baarish was a super-duper hit and Baarish season 2 is back with the much-loved old school romance. This series makes one believe in #Pyarkaimtehaan, as it speaks about the tests one faces when one is in love and also shows us the magic of true love, besides teaching us important things in life.

In the second series, Anuj and Gauravi who lose everything start their life fresh. Amidst all the chaos, Anuj and Gauravi fall for each other and are happy together. Anuj is on cloud nine after knowing that Gauravi is pregnant. But after an argument with Rishi, Gauravi loses her unborn child. Anuj promises her that he will become rich. Post that he shakes hands with Rakesh who tries to get him involved in selling fake diamonds. Anuj gets busy with his work and is unable to give time to Gauravi. He sees Gauravi with Lawyer Manit and thinks that she is cheating on him. He parts ways from her and Gauravi leaves the house. The finale episodes of Baarish season 2 will premiere on May 25, 2020 on ZEE5.

Watch the finale trailer of Baarish 2:

In the trailer, Gauravi and Anuj are separated. In anger, Anuj blames Gauravi of committing a mistake despite being in love with her. He sees Gauravi with the lawyer, Manit. On the other hand, Falguni comes to meet Anuj in jail and tells her that his marriage with Gauravi is over. She brainwashes Anuj and the latter sends divorce notice to Gauravi. Aniket scolds Gauravi saying that her pregnancy is risky and now Anuj has sent the notice. Gauravi meets Anuj and tells him that apart from him if she loves someone else then it is her unborn child. Bollywood legendary actor Jeetendra ji plays the role of a counselor who tries his level best to get back Anuj and Gauravi together. He tells Gauravi to report to Anuj as he will be heading the project. Jeetu ji makes Gauravi feel jealous and tells her to move ahead in life.

The Casino: Watch Mandana Karimi's Sizzling Cabaret Performance In 'I Am The Queen'