Baarish 2 comes like a breath of fresh air during the extended lockdown. Will Anuj-Gauravi complete their love story? Watch their #PyaarKaImtehaan 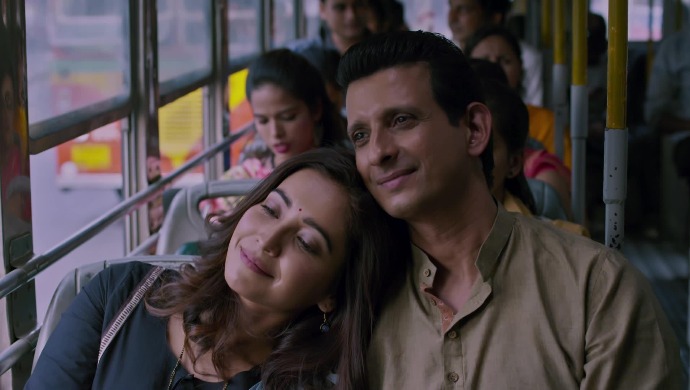 ZEE5 web series Baarish season 2 is back with the much-loved old school romance. The series features Sharman Joshi and Asha Negi in the lead roles, and their on-screen chemistry and their inseparable bond, has won audiences’ hearts. This series makes one believe in #Pyarkaimtehaan, as it speaks about the tests one faces when one is in love and also shows us the magic of true love, besides teaching us important things in life.

The makers of Baarish, have treated audiences with the second installment of the series, and have left no stone unturned in making their show perfect. In the second series, Anuj and Gauravi explore their married life but also face several ups and downs in life.

Take a look at the Baarish 2 trailer:

In the first season, the story was narrated from Gauravi’s perspective, wherein she took the blame on herself and went to jail for Anuj. Now, in the second season, the story is shown through Anuj’s point of view. Bollywood actor Jeetendra makes his digital debut with the Baarish season 2 and is shown as a counsellor, who helps Anuj and Gauravi.

Anuj gets Gauravi out from the jail, and informs her that Shreya and Rishi have taken all property from him. Anuj and Gauravi start their life fresh and rebuild their lives once again. Anuj tries his level best to make Gauravi live a better life, and struggles hard. From getting a job, to buying a new house, and building a plush villa for his family. However, in this entire journey of getting a better lifestyle, Anuj and Gauravi grow apart.

The makers of Baarish, have added a few romantic moments between Anuj and Gauravi, that is refreshing and also a reality of an arranged marriage couples. We have to say that the lead actors, Sharman and Asha, have carried the entire series on their shoulders, and have done justice to the storyline. Actor Vikram Singh Chauhan who essayed the role of Aniket (Gauravi’s brother) did a phenomenal work in terms of acting and portrayal of the emotions. While, actress Priya Banerjee who essays the role of Shreya (Anuj’s sister) did justice to her character and reminded the audiences of Poo from KKKG. Right from her stylish outfits to her high standard demands, everything was just well fitted. Aniket tries his level best to patch up with Shreya, but the latter has no interest in him. She instead tells Aniket to break Asmi’s wedding with Rohit. Shreya tells Aniket that she wants Rohit back in her life. Shreya along with Rishi keeps insulting Gauravi’s family and degrades them.

The writers have given screen freedom to the actors, and explored their acting talents. Asha and Sharman have risen above everyone’s expectations and manage to keep the audiences hooked to the series. Well, Asha and Sharman are the shining stars of the series, and have portrayed the harsh reality of life, convincingly. Right from falling for each other, to getting angry, to feeling possessive, and getting suspicious, both Asha and Sharman highlight the main pain-points in a couple’s life.

Baarish 2 is a treat to watch and will leave you speechless. The audiences will relate to every episode.

Apart from the story, the background music also grabbed our attention. The theme song of Baarish has left everyone humming. The direction of the series is noteworthy as well, and has given actors the freedom to get into the depth of their characters. Baarish 2 will surely take away your mid-week blues, and give you a breath of fresh air in this boring phase of the extended lockdown.

The couple witness a lot of ups and downs in their life, and there comes a time when Anuj demands a divorce from Gauravi. Will Anuj and Gauravi part ways? Or will the two manage to stand strong in the difficult times?

Guddu Review: The Story Of A Vegetarian Lion Will Fill You With Joy And #NonStopBachFUN