Dil Ki Gullak is a romantic song that adds the essence of the perfect bond that Gauravi and Anuj share. Enjoy the soulful song on ZEE5. 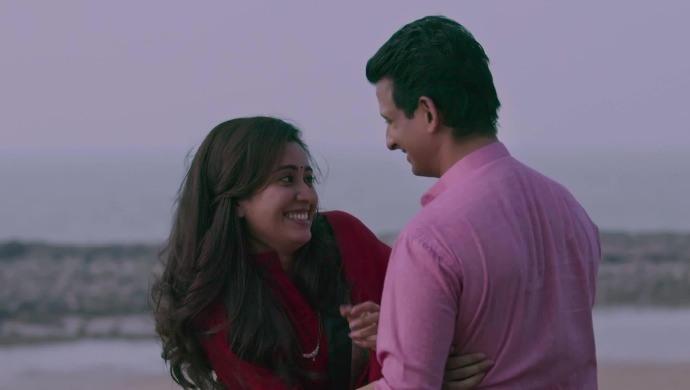 ZEE5 romantic drama series Baarish, is a mature love story between a rich businessman, Anuj, and a middle-class girl, Gauravi. The show features Asha Negi and Sharman Joshi in lead roles, and their performances have won millions of hearts. The audience showered love and praises to the series, and their on-screen chemistry. After the super success of Baarish, the makers launched the second instalment of the series. Recently, the makers launched the soulful track ‘Dil Ki Gullak’ from Baarish 2.

What is a romantic show, without a romantic song in it, right? Well, the new season of Baarish also brings you a new, absolutely mushy, title track with the song ‘Dil Ki Gullak’. The song beautifully shows the love story of Anuj and Gauravi. The song also gives you a glimpse of what is to come, as the story moves forward.’Dil Ki Gullak’ is a reminder of how love works miracles everyday and it’s beautifully put together in the lyrics.

The simple yet touching lyrics, hit the right chord, and add the essence of the perfect bond that they share and the ups and downs they go through in life. The song is visually brilliant too, and one can see a lovelorn Anuj wooing Gauravi. The lyrics only add to the whole romance between the two. This slow and dreamy number is very soothing to the ears, and singers Rik Basu, and Pratibha Singh Baghel’s melodious voice only adds to the beauty of the song.

Composer, Shamir Tandon, in an exclusive interview with us, spoke about his experience of working with Balaji. The composer said, “Working with Balaji is always a wonderful experience. My journey with Balaji started when I scored music for Ragini 1 and since then it has been a wonderful journey and now am scoring for Baarish 2. What I like about Ekta, is her knack of putting a finger on a soulful song. Very few people pick up nice raag driven soulful songs, and I give her full marks for that. The success of the song is not just on the maker, but also on the taker of the song and the fact that she has taken the song I would like to salute Balaji.”

He even spoke about the success of the song and said, “The audience is connecting with the song, as it is a pure song that we have made without any pretence. Most of the songs made in Bollywood in the past on ragi, have always clicked with the audiences. People have always loved songs which are based on the rags.”

“Well, the current belief, that it is only dance, club and party songs or Punjabi songs, item songs or raps that work, is a myth. Because every time a pure song with beautiful lyrics, well sung and simply produced, gets released, it always touches the heart of the people and they resonate with it. The song ‘Dil Ki Gullak’ just reiterates this belief.’

Shamir reveals how the song ‘Dil Ki Gullak’ was made. He says, “I had the song in my bank since last two years and it was recorded in a remote control manner. Due to the lockdown, I had to dub different singers from different parts and getting the musicians to record the song from their homes and getting the mix done remotely. We have not been able to record the song in the studio, where people give feedback. It has been done on a remote, because of the lockdown.’

‘Dil Ki Gullak’ is a melodic journey, that you would want to listen to again and again!  The song reflects the exact feelings of the couple. Baarish tells the harsh reality of every married couple, and the ups and downs they face in their life. Time will tell whether Anuj and Gauravi will get back together or part ways. Stay tuned for more updates on Baarish 2.

Make Your #FlirtingGame Strong With These Tips From Manmohan Tiwari And Vibhuti Mishra!