Baarish Season 1 Episode 1 Review: Why Does Gauravi Refuse To Tell The Truth To Get Bail?

ZEE5's Original web series Baarish is now on Zee TV! In the first episode, we see Gauravi won't tell the truth even to get bail. Read on to know why! 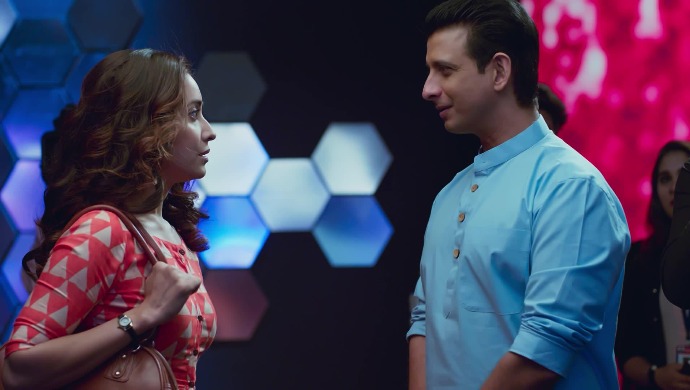 Baarish is a ZEE5 Original web series that showcases that a relationship need not always be perfect. The show features Sharman Joshi as Anuj and Asha Negi as Gauravi in the lead roles. This imperfect love story brings freshness in daily soapy dramas. This one will not disappoint its viewers for sure as it gives several reasons to rejoice in the miracle of love.

The first episode starts with Gauravi in jail. Her defence lawyer tells her to narrate her story so that he can apply for her bail. But Gauravi refuses to reveal the truth for her husband Anuj. Gauravi then recalls her past and narrates her life story. Gauravi is a middle-class girl who is strong and independent. But her neighbours taunt her saying that she has kept a condition for getting married when she wants to give her salary to parents even after marriage. Rishi, who is Anuj’s younger brother, is an antagonist in Gauravi’s life.

Rishi is a sales manager at Mehta Jewelers. On the other side, Anuj Mehta is a Gujarati businessman who left his education midway after his father’s death as he had the responsibility of his family. Anuj and Gauravi meet each other and look super cute together. Gauravi sees how Anuj finds happiness in small things and falls for him. Rains brings them together and creates sweet moments between them. Let’s see what happens in the next episode.

Ravi Singhal On Composing #SahasKiVijay Anthem: More Than A Melody, It Had To Be A Shout