Baarish Season 1 Episode 15 Review: Gauravi & Anuj Stand Against Each Other

In the latest episode, Shreya leaves for Dubai and blames Aniket for ruining her life. Rishi creates a rift between Anuj and Gauravi. 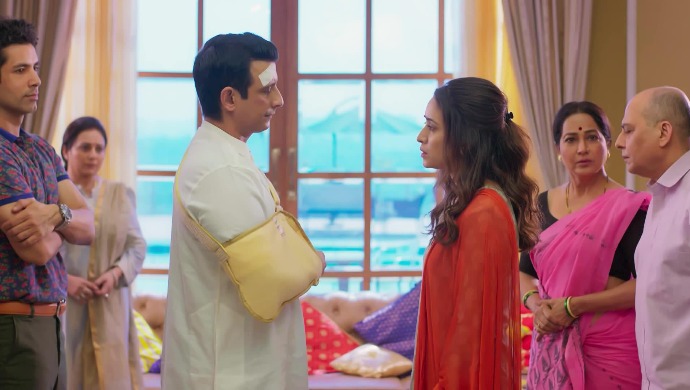 In the previous episode of Baarish, Anuj leaves for Pune for a new branch. Rishi tells Anuj that he is opening a new restaurant and wants his elder brother to be the owner. Anuj tells him that he wants Gauravi to be an equal percent partner in the restaurant business. Rishi fumes with anger and plans to take revenge on her. Shreya tells Aniket to shift to a new house with her. Aniket refuses and gets angry at her. Gauravi gets to know that Anuj met with an accident. She rushes to the hospital and cries seeing his hand fractured. Shreya gets drunk and leaves for Dubai.

In the latest episode, Gauravi calls Aniket and inquires what happened about between Shreya and him. Anuj gets emotional and worries for his sister. Rishi receives a voice note from Shreya and confronts Aniket about his behaviour towards her. He tries to instigate Anuj against Aniket and plans to create rifts between Gauravi and Anuj. Rishi narrates a fake story and says that Aniket slapped her. Anuj and Gauravi stand against each other and support their siblings.

Gauravi and her family try to tell Aniket to bring back Shreya. Gauravi takes the stand of her brother but Rishi believes his sister is hurt due to him. Anuj cries his heart out and blames himself four ruining Shreya’s life. Anuj and Shreya both support their siblings. Gauravi’s parents apologize Shreya’s mother on behalf of Aniket. But Rishi taunts them and says that he knew that the idea of marriage was wrong.

What will happen next? Will Anuj and Gauravi part ways? Watch all episodes of Baarish, streaming now only on ZEE5.