Anuj brings Gauravi home. Then, the cops arrest Anuj for the illegal restaurant that has caught fire, which Rishi made him the owner of to frame him. 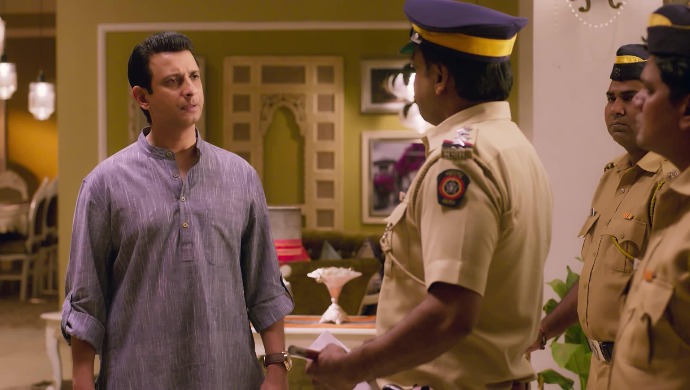 In the previous episode of Baarish, Gauravi motivates Anuj to address the press in English and the latter nails the conference with his speech. After the meeting, Anuj calls his mother and finds out that she is in the hospital. He rushes to the hospital to meet his mother who has suffered from a mild cardiac arrest. Anuj thanks Gauravi for being there for his mother.

In the latest episode, Anuj’s mother gets discharged from the hospital. Anuj feeds her and his mother asks him to bring Gauravi back home. Anuj is happy with his mother’s decision. He calls Gauravi and tells her to meet him. Gauravi’s siblings get excited as she is going to meet Anuj. On the other hand, even Anuj is excited to meet his wife after a long time. As Anuj is about to leave his house to meet Gauravi, he is surprised to see Shreya return with Rishi. Shreya seeks an apology from Anuj for separating him from Gauravi.

Anuj meets Gauravi and informs her about Shreya’s return. He even tells Gauravi that he cannot live without her. Gauravi makes Anuj understand that she does not want to come between him and his family. Both Anuj and Gauravi get emotional and cry their hearts out. On the other hand, Rishi gets to know that his restaurant has caught fire and gets agitated. The cops come to arrest Anuj in the restaurant fire case and tell him that his property is illegal.

What will happen next? Will Gauravi reveal Rishi’s true intentions in front of Anuj? Watch all episodes of Baarish, streaming now only on ZEE5.