Baarish Season 1 Episode 2 Review: Will Gauravi Be Fired From Her Job?

In the second episode, Gauravi returns Anuj's umbrella but is unable to take Rishi's sign on the delivery receipt. Her boss threatens to fire her! 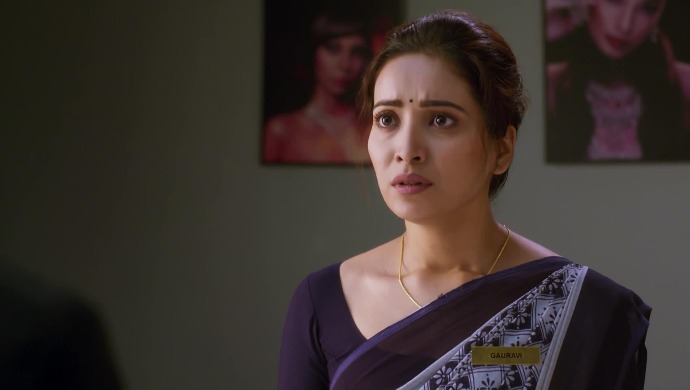 Baarish is a ZEE5 Original web series that’s about the love between Anuj and Gauravi that blossoms after they are forced to get married to each other. The show features Sharman Joshi as Anuj and Asha Negi as Gauravi in the lead roles. Their on-screen chemistry receives appreciation from the audiences. The title of the second episode is ‘Aaj Mausam Bada Beimaan Hai’ and the episode does justice to the title as the rains play a pivotal role in Anuj and Gauravi’s love story.

In the second episode of Baarish, Gauravi plans to return Anuj’s umbrella and goes to the head office. On the other hand, Anuj’s mother forces him to eat food first and later do his pending work, but he disagrees. Anuj tells his mother that he has some urgent work pending. Anuj’s mother tells him to get married and think about himself first. Shreya gets scolded by her trainer for coming in late. Shreya fumes in anger and enters the boys’ toilet. Aniket, who is Shreya’s trainer, enters the washroom and the two get romantic with each other.

Gauravi comes to the head office to meet Anuj and return her umbrella. Rishi gets angry seeing Gauravi and avoids talking to her. Gauravi tries asking Rishi about his signature on the necklace delivery receipt. As Gauravi reaches office, the manager threatens to fire her for losing the necklace. Anuj praises Gauravi in front of Rishi for returning his umbrella. Anuj sees Shreya and Aniket on the bike. Will Gauravi be able to save her job? Stay tuned for more updates on Baarish.