In the latest episode of Baarish, Anuj seems to be impressed with Aniket and wants to meet his family. Anuj and his mother arrive at Gauravi's house. 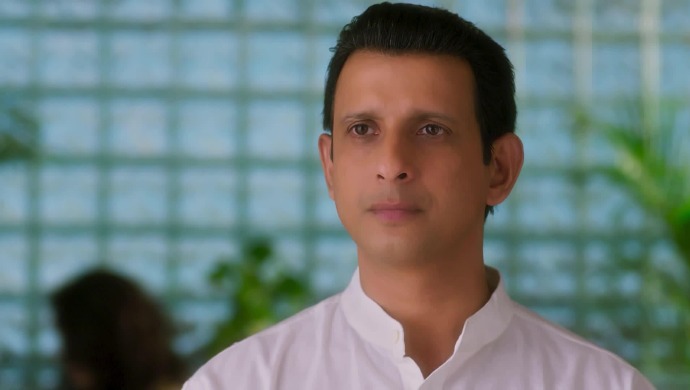 Baarish is a ZEE5 Original web series which features Sharman Joshi as Anuj and Asha Negi as Gauravi in the lead roles. The story of the show revolved around an imperfect love story and showcases that perfection is an illusion. Asha and Sharman’s on-screen chemistry received appreciation from the audiences. The title of the third episode is ‘Destiny’.

In the third episode of Baarish, Gauravi tells the lawyer to go home as she does not want to reveal the truth. She smiles as she remembers Anuj. Gauravi tells the lawyer that they were a mismatch. She starts narrating the story and says that her job was at stake but Rishi Mehta did not save her from trouble. Once again, baarish (rain) plays a vital role in making Gauravi and Anuj meet. Worried, Gauravi tells Anuj that she got fired from the job as she did not get the signature for the jewellery that she gave during the event. Anuj promises to help her. Anuj tells Rishi to solve Gauravi’s problem and the latter signs the papers.

Gauravi gets to know that Anuj is the owner of Mehta Industries and gets shocked. Aniket calls Shreya and says that he feels they should break up as his sister was told to leave the job. Shreya promises Aniket that she will talk to her brothers and solve the issue. Shreya gets drunk and gets angry at Rishi. Anuj inquires about Shreya’s boyfriend Aniket. On the next day, Gauravi meets a few boys for marriage. Gauravi shocks the boy as she says that she will give her salary to her parents after marriage. On the same day, Anuj meets Aniket and talks about his sister. Anuj gets impressed by Aniket and arrives at Gauravi’s home along with his mother. Gauravi is shocked to see Anuj.