In the fourth episode, Aniket refuses to marry Shreya unless his sister gets married first. Anuj's mother suggests that Anuj-Gauravi should marry! 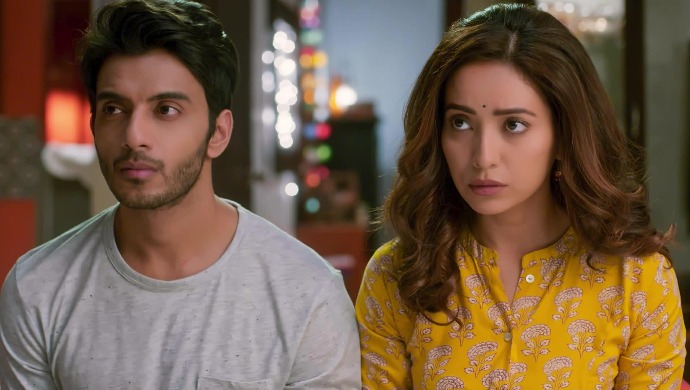 ZEE5 original series Baarish showcases the magic of true love. The series features Sharman Joshi as Anuj and Asha Negi as Gauravi in the lead roles. Their on-screen chemistry has received appreciation from the audiences. The title of the fourth episode is ‘Marriage Proposal’.

In the fourth episode of Baarish season 1, Anuj and his mother go to Gauravi’s house. Anuj tells Gauravi that he has come for the marriage proposal. Aniket loses his calm at Anuj and says that he already said that he does not want to get married to Shreya. Anuj says that he liked Aniket a lot and wants him to marry his sister. Aniket says that he will not get married to Shreya before his sister Gauravi gets married. Gauravi makes Aniket understand that he should marry Shreya. On the other side, Rishi feels annoyed due to his elder brother Anuj. He gets upset remembering how Anuj embarrassed him in front of the guests.

Anuj reaches home and Shreya loses her cool at him. She cries her heart out as she says that Aniket dumped her. Falguni and Rishi make out and enjoy themselves. Suddenly, Anuj and his mother come home and Falguni’s presence makes them uncomfortable. Anuj gets to know that Shreya left the house and has come to meet Aniket. He calls Gauravi and makes her understand the situation. Gauravi tries to appease Shreya and takes her side. Anuj and his mother come to Aniket’s house as they get worried for Shreya. Anuj’s mother comes up with a solution for Aniket’s problem and leaves everyone stunned. She says that Aniket will marry Shreya and Anuj will get married to Gauravi!

EXCLUSIVE! Rohitashv Gour On Lockdown: I'm Hopeful And Positive That We Will Control It!