In the latest episode of Baarish, Anuj realizes that he cares for Gauravi when Rishi insults her family at a party. He proposes marriage to her! 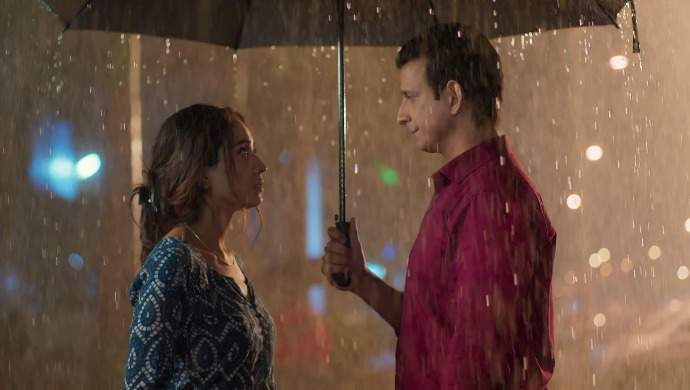 In the previous episode of Baarish, Gauravi seems to be tensed and tells her mother that their status is different as compared to Anuj’s. Anuj gets upset as his mother wants him to marry Gauravi. He discusses it with his friends and they tell him to sort out the issue his way. Anuj decides to call Gauravi and meet her. Mutually, the two decide to reject the marriage proposal.

In the latest episode, Aniket reaches home and Asmita tells him that there is a surprise for him. Aniket gets surprised to see Shreya in a saree. Gauravi reaches home and Aniket finds out that she has rejected Anuj. On the other hand, Anuj tells his mother that he has decided to not marry Gauravi. Aniket tells Gauravi that now Shreya has to decide whether she has to move on. Shreya tells Rishi that she cannot move on in life without Aniket. Shreya gets angry with Anuj as he has decided to not marry Gauravi. Rishi praises Anuj for not marrying Gauravi as she is a gold digger. Anuj tells him that they are nice people and not at all how he thinks of them.

Anuj invites Gauravi and her family for the Family Day celebrations. Anuj’s friends come to the party and tell him to introduce them to Gauravi. At the party, Rishi insults Gauravi and her family. Anuj loses his cool at Rishi. He insults Rishi but Gauravi stops him from getting into an argument. Anuj’s mother makes him realise that he is in love with Gauravi. Later, Anuj proposes to Gauravi for marriage. Gauravi gets shocked at Anuj’s proposal.

What will happen next? Will Gauravi accept Anuj’s proposal? Watch all episodes of Baarish, streaming now only on ZEE5.