In the latest episode of Baarish, Anuj & Gauravi and Aniket & Shreya get engaged. Rishi feels insulted and vents his anger. Will he cause problems? 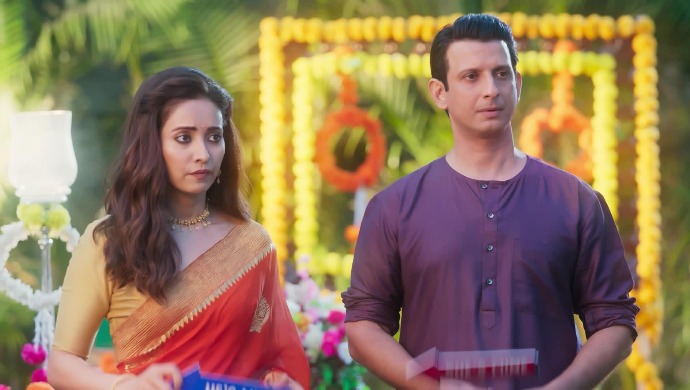 In the latest episode of Baarish, Anuj drops Gauravi home. Anuj calls his mother and informs her that he is ready to marry Gauravi. Anuj’s mother goes and gives the good news to Shreya. Shreya gets happy knowing that now she will be able to marry Aniket. Rishi overhears their conversation and gets angry with Anuj’s decision. Gauravi gives news of her marriage to her family. Her family beams with joy. Anuj makes Rishi understand why is he getting married to Gauravi.

He says that he will not hear anything bad about Gauravi. Shreya-Aniket and Gauravi-Anuj’s Roka ceremony begins. Gauravi refuses special treatment at work and tells people to not call her ‘madam’. During ring shopping, Gauravi feels happy about her decision. Rishi vents his anger as Anuj fights him due to Gauravi.

What will happen next? Will Rishi create problems in Gauravi’s life? Watch all episodes of Baarish, streaming now only on ZEE5.