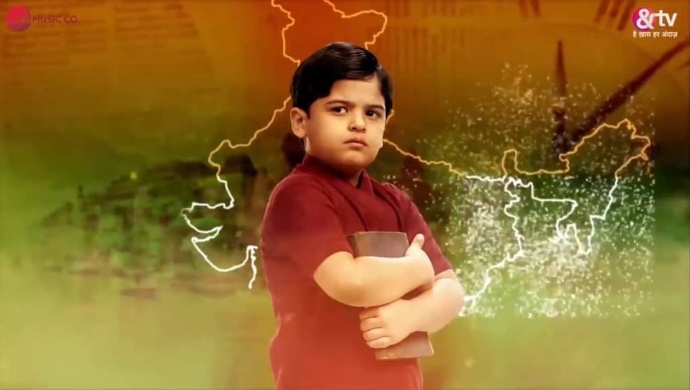 Asking questions and raising one’s voice is no more frowned upon in the 21st century! Gone are the days when “what will people think?” was a serious concern. What’s more serious is that if you are still suffering from that syndrome, then you should do some quick math, because young Bhim of the &TV biopic series Ek Mahanayak – Dr B. R. Ambedkar, would also encourage you to do the same! If you have learnt logarithm, the value of Log (4) = 0.602! Now, question yourself, “Does chaar log kya kahenge? matter to you? If your answer is, “No!”, then the Father of Indian Consitution and Bharat Ratna Dr Babasaheb Ambedkar would love it!

The social ills prevalent in society today are the issues that Bhimrao, essayed incredibly by child-actor Aayudh Bhanushali, fights against on the show as well! His father Ramji Sakpal, portrayed sensitively by Jagannath Nivangune, encourages him to churn his mind and raise questions against baseless stereotypes of casteism intertwined with classism, and gender discrimination. As times are changing, we need to be the change that we want to see in society! Here are a few questions that Bhimrao asks and we should too:

1. Why is the caste system still prevalent in India?

Yes, casteism was abolished on official papers by Dr Ambedkar, but unless it is eradicated from the minds of people today, we cannot be called as a free nation. Even now, inter-caste marriages are looked down upon. Honour killing or shame killing cases are still common in parts of Punjab, Haryana, Jharkhand and Uttar Pradesh! The crime rate against Dalits and Adivasis has risen by 25% since 2018.

2. Why are gender roles differentiated in society?

Though not as evident as before, the age-old stereotype of men being the breadwinner and women being the caretaker is still seen in society. On the show, Bhima Bai asks her daughters Tulsa and Manjula to help her cook and clean. But, when Bhim volunteers for the same, she says that boys don’t enter the kitchen. Bhim disagrees and raises a question because homes and the world are run by men and women equally!

3. Why are girls denied their right to education?

There is a wide gender disparity of literacy rate in India. In a population of 133.92 crores, the female literacy rate is only 53% as opposed to the male literacy rate which is above 80%. The number of girls dropping out of school increases due to reasons like forced withdrawal, early marriage and pregnancy, poverty, lack of menstrual health awareness, etc. The need for campaigns like “Beti Bacho Beti Padhao” and #KeepGirlsInSchool still persists!

4. Why is religion mixed with hypocrisy and terrorism?

Bhim sees that hypocrites like Sonaar Seth ji and Pandit Gyani inflict atrocities on innocent villagers in the name of religion. Using sin as a pretext, they terrorise Ramji and Puranjan by practising violence, whereas they themselves are committing a sin as well as a legal crime. Such situations are apparent in today’s times wherein we hear Hindu-Muslim riots, persecution of Christians and churches, terrorist attacks, etc.!

5. Why are injustice and inequality tolerated?

Bhim promises his father Ramji that one day he will make sure that everyone is served justice and treated equally in India. Even after 72 years of independence and 63 years since Dr Ambedkar’s death, citizens are denied their right to justice stated in the Indian Constitution. The common man is still vulnerable to inequality based on social class, financial status, gender, etc. Also, justice delayed is justice denied!

6. What kind of a world will we leave behind for our future generations?

When young Bhim confronts the untouchables about getting rid of the uniform forced upon them by burning brooms and breaking pots, he looks them in the eyes and asks a very straightforward question, “Is this what you want to pass down to us children in the future?” And that becomes everyone’s food for thought! It’s high time that we also make the world a better place for our offsprings in the generations to come!

Don’t forget to keep watching all the episodes of the &TV show Ek Mahanayak – Dr B. R. Ambedkar, streaming on ZEE5 now!

Go ahead and ask questions if you also want to raise your voice against stereotypes! Let us know the issues that you fight for, in the comments section below!