Before #ZCA2020, A Throwback To Best Movies And Speeches At Zee Cine Awards 2019!

While you wait with baited breath for ZCA 2020, take a look at the entire 3-hour Zee Cine Awards 2019 episode on ZEE5. 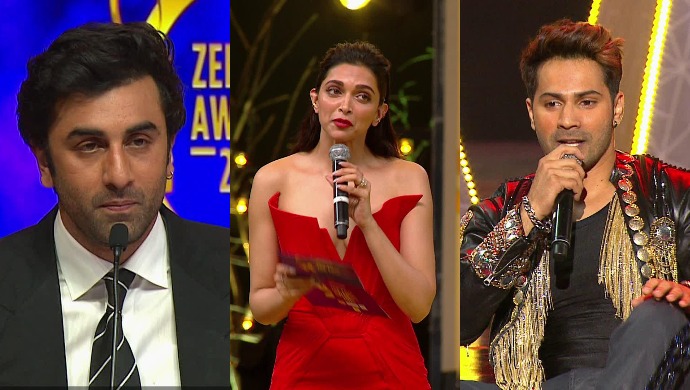 The Zee Cine Awards 2019 event was attended by many high-profile B-town celebs, including Ranbir Kapoor, Alia Bhatt, Ranveer Singh, Deepika Padukone, and Katrina Kaif. The celebs were dressed in their best at the glamorous event. The award function was a star-studded event and audiences witnessed a lot of entertainment, fun, and drama in the award show.

Right from Ranbir making everyone emotional with his acceptance speech to Kartik’s mother overwhelmed with her son’s achievement, take a look what happened during the 2019 Zee Cine Awards.

Actress Tabu received the Award for Best Negative Role in Andhadhun in 2019. Actor Ayushmann Khurrana, who played the lead role in the movie, praised Tabu for her spectacular acting skills. Next, the Award for Best Actor in a Comic Role was bagged by Kartik Aryan for Sonu Ki Titu Ki Sweety. The handsome actor thanked his entire cast and crew for helping him earn this achievement. Kartik’s mom gave a touching speech and said that she is proud of her son. Kartik’s father said that his proudest moment was realising that people now know him because of his son.

The Award for Best Debut (Male) went to Ishaan Khattar. He thanked his mother, brother Shahid, Janhvi Kapoor, and Karan Johar for their support in his journey. Actress Katrina Kaif received the Award for Best Supporting Actor (Female). She was all smiles as she received the award and appreciated the cast of Zero. Vicky Kaushal received the Award for Best Supporting Actor (Male) in Sanju. The handsome hunk thanked his parents, the director, and Ranbir Kapoor. The Best Actor (Male) award went to Ranbir Kapoor for Sanju. Alia Bhatt gave the award to Ranbir and the actor thanked Sanjay Dutt for letting him play the role. Ranbir dedicated his award to his father Rishi Kapoor and his mother Neetu Kapoor.

In 2018, the award for Best Debutant director was received by Advait Chandan for Secret Superstar. The award for Best Male Playback Singer was received by Akhil Sachdeva for Humsafar. Priyanka Chopra received the Global Icon Extraordinaire award. The gorgeous diva thanked her family and her friends for being there with her. Actor Rajkummar Rao received the Extraordinary Impact Award for his work as a whole.

The Best Movie award was received by the team of Toilet-Ek Prem Katha, which was chosen for its subject matter and social influence. Alia Bhatt received the award for Best Actress in Badrinath Ki Dulhania. The actress thanked the viewers for nominating her and even dedicated the award to her fans.

5 Nutritious And Healthy Recipes For Your Kid, Taking Cues From Mentalhood's AJo