In tonight’s episode, Vibhuti and Manmohan plan to go for Prem’s party while Angoori and Anita bring Tika, Tillu, and Malkhan home. 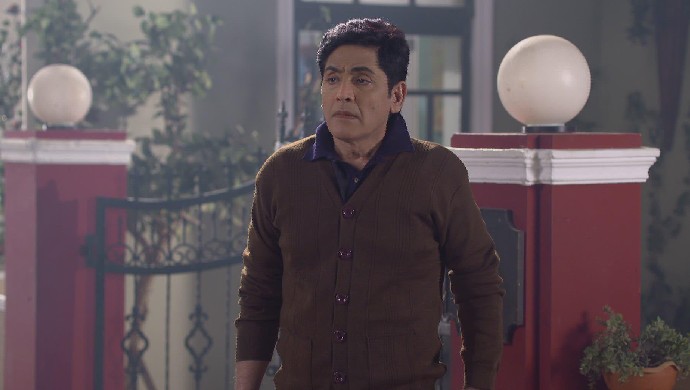 In the last episode of Bhabhi Ji Ghar Par Hain, Vibhuti is jailed for giving food poisoning to his customers, which also include Manmohan and Prem. Thanks to Anita, Vibhuti is eventually released and the hunt for the real culprit begins. Meanwhile, Ammaji and Angoori cure Manmohan with the help of a home remedy. Happu Singh learns a tough lesson when he consumes the spoiled halwa and gets constipated.

Watch the latest episode below.

In today’s’ episode, Angoori and Anita find Tika, Tillu and Malkhan in a never-seen-before state. The three haven’t bathed and are talking about how they have lost all hope for finding their soulmate. Anita and Angoori promise to find suitable brides for them. The two then invite Tika, Tillu and Malkhan for food at their residence, and encourage them to have a bath. On the other hand, Vibhuti is tired of all the household chores and wishes to attend Prem’s party with Manmohan. The latter is all eager to attend the party but is scared to convey the same to Angoori. Vibhuti comes up with a plan to convince Angoori and Anita.

While Tika, Tillu, and Malkhan go for a bath, Vibhuti lies to Anita and Angoori about his plan for attending the party. Vibhuti states that he will be going along with Manmohan to Prem’s grandfather’s death anniversary. However, Anita states that only under one condition will they be allowed to go. Anita and Angoori insist that Vibhuti and Manmohan have to help them find brides for Tika, Tillu and Malkhan.

Vibhuti and Manmohan’s excitement dies down when they come to know that there is no vehicle available, to help them reach home after the party. As soon as the two decide to walk home, it starts to rain heavily.

Anita tries to call Vibhuti but to no avail. Tika, Tillu and Malkhan look impressive in their new looks. Meanwhile, Vibhuti and Manmohan try to take shelter in a cave because of the rains. As both of them start moving the rocks to get inside the cave, mysterious eyes follow the two. Amidst all this, Saxena comes home with a certificate that states he is normal!

In the preview of the next episode, Vibhuti and Manmohan are haunted by the presence of a ghost called Stree.

To know what takes place in the next episode watch this space! Catch all the episodes of Bhabi Ji Ghar Par Hain, exclusively on ZEE5 here.

Highly Opinionated: How Many Nirbhayas Or Dishas Will Perish Before I Feel Safe In India?