Vibhuti does not want to pay the BST so he tries to talk to Angoori in sign language. Anita scolds Manmohan for his behaviour towards her husband. 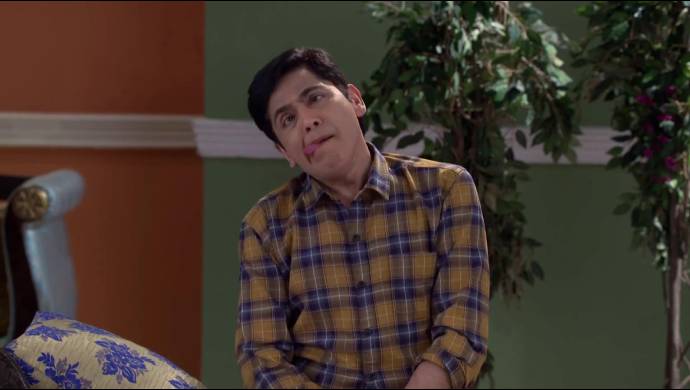 In today’s episode, we will see how Anita reprimands Manmohan. She tells the latter that she is upset because he always looks down upon her husband. Anita tells him that though her husband Vibhuti is jobless and unemployed, he never borrows money from Manmohan, neither does he beg for it, and nor does he attempt to steal it!

Meanwhile, Angoori bhabi is seen chopping vegetables at her home as she sings in her nightingale-like voice. Vibhuti walks into her place and sits down when the government official present there tells him that he has used up the free 10 seconds and now he would be charged as per the guidelines of BST, i.e., Bhabi Service Tax. Vibhuti tells him that he can only charge tax if he utters words, not if he talks with Angoori in sign language.

Vibhuti tries to talk with Angoori in sign language but the latter ends up misunderstanding all his actions. This creates a funny situation where Vibhuti is trying to express his love but Angoori thinks he has loose motions! On the other hand, Anita is still seen scolding Manmohan for his abominable behaviour towards her husband. Later, they realise that the man who is riding their auto is a person from the government’s BST group! He asks Manmohan to pay a sum of 25,000 rupees!

Anita talks to her friend about the positive ways in which the BST has impacted them, when Vibhuti and Manmohan walk into their home. They try to make Vibhuti their messenger as they talk to each other but even this plan fails and Manmohan has to rush home to save his money!

In the next episode, we will see how David is charged a sum of 25,000 rupees as he talks to his bhabi! He asks Vibhuti to pay the sum as he currently has no money. Will Vibhuti save his uncle?

Find out in the next episode!

Also, stream more episodes and watch these on ZEE5!