Vibhuti and Manmohan are tired of the BST and try to root it out in a final blow! What will happen? Find out inside! 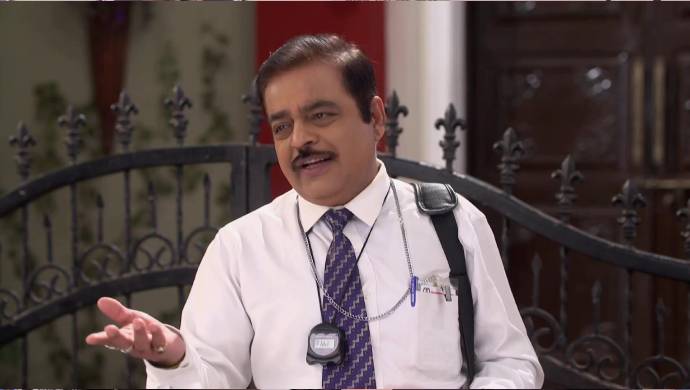 In today’s episode, we will see how Vibhuti and Manmohan try to find a new plan to evade paying the BST tax. They find out a way in which the husbands convey messages from other men to their own wives. They talk to their bhabis in the presence of their husbands. For example, Manmohan talks to Anita in front of Vibhuti who translates or conveys the former’s message, and likewise, Vibhuti talks to Angoori in Manmohan’s presence. The BST officials are outwitted!

In a smart move, Saxena talks to Manmohan and Vibhuti about how his mediator idea is working out. On the other hand, Manmohan’s father is asked to pay a large sum as he is seen talking to Vibhuti’s mother. He says that he has nothing to pay and would ask his son to pay for him. Similarly, David is also asked to pay a large sum because he argues and talks to Vibhuti’s mother. Anita stops them, reminding them of the tax, but the damage is already done.

Meanwhile, Teeka, Tillu, and Malkhan follow the beautiful married woman they saw in the market. They confess their heartfelt emotions, addressing her as Lachho bhabi. They are billed Rs. 10,000 for this conversation, but they threaten the official with a knife, and instead take his wallet from him, dividing the sum amongst themselves.

Meanwhile, all the men of Modern Colony find themselves in distress as they don’t have anyone to talk to now. They make small talk with each other.

In the next episode, we will see how Vibhuti and Manmohan spend some good time with their respective bhabis. They are both seen sneaking into each other’s house. But would they be found out by the BST official?

Find out in the next episode of the show! Meanwhile, stream all episodes of the show Bhabi Ji Ghar Par Hai only on ZEE5!