Aasif, who we know as Vibhuti Narayan Mishra from And TV show Bhabi Ji Ghar Par Hain, has worked with Salman in films like Karan Arjun, Bandhan etc. 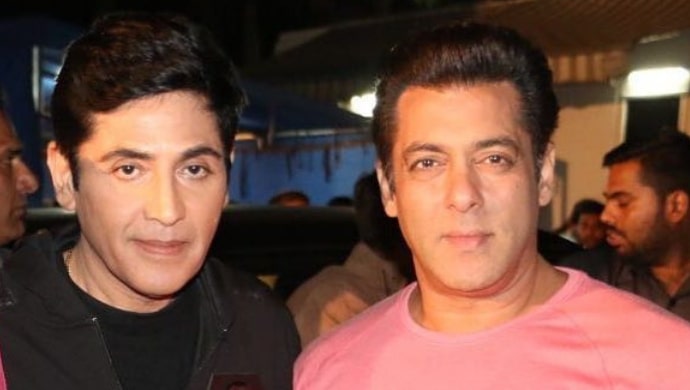 Fans of Bhabi Ji Ghar Par Hai’s Vibhu aka Vibhuti Narayan Mishra are in for a treat! Aasif Sheikh who is a household name, courtesy his countless film and television performances, has been signed for an upcoming Bollywood film. Aasif, an actor-comedian, has joined the cast of superstar Salman Khan’s upcoming film, Bharat. Directed by Sultan director Ali Abbas Zafar, the movie also stars industry bigwigs like Katrina Kaif, Disha Patani, Tabu, Sunil Grover and Nora Fatehi in pivotal roles.

Earlier in May 2018, an announcement on the official Twitter page of Bharat revealed the good news.

As the tweet reads, Aasif will be sharing screen space with Salman after a decade. The two have worked together in Karan Arjun, Bandhan, Pyaar Kiya To Darna Kya and Dil Ne Jise Apna Kahaa. The 2006 film Shaadi Karke Phas Gaya Yaar was the last of Salman and Aasif’s collaborations. The latter’s popularity grew by manifolds owing to his comic timing in Bhabi Ji Ghar Par Hai, a show that has been successfully enjoying top ratings ever since it first went on air.

In a conversation with a leading daily, Aasif expressed his happiness over working with Salman and gushed about the absence of starry vibes in him despite being the hit machine that he is today. “I am happy that I am doing Bharat with Salman Khan. He is one of the best persons I have known, he is also one of the finest actors. I have known him before his first film, Maine Pyar Kiya. We first worked together in Karan Arjun and now we’ll be sharing screen space after more than a decade. He is a superstar, but he has not changed, he is still the same person I knew then. Of course, we had lost touch in between, I would meet him once or twice in a year. I am glad this worked out,” Aasif told the newspaper.

Bharat will be Salman Khan and team’s Eid offering to fans this year! The film is an official adaptation of a 2014 South Korean film Ode To My Father’ bankrolled by Salman’s brother-in-law Atul Agnihotri’s Reel Life Production Pvt Ltd and Bhushan Kumar’s T-Series. Interestingly, Aasif and Atul have been close pals for long and their union only makes us look forward to the project.

Are you excited OR are you excited? We wish Aasif all the very best for his endeavour and can’t contain our excitement to watch him on the silver screen after a gap!

In the meantime, keep the laughs coming with Aasif’s comedy scenes and major highlights from Bhabi Ji Ghar Par Hain only on ZEE5!