In tonight's episode, we see Anita becoming a thief so that she can save herself from danger. Find out the details inside. 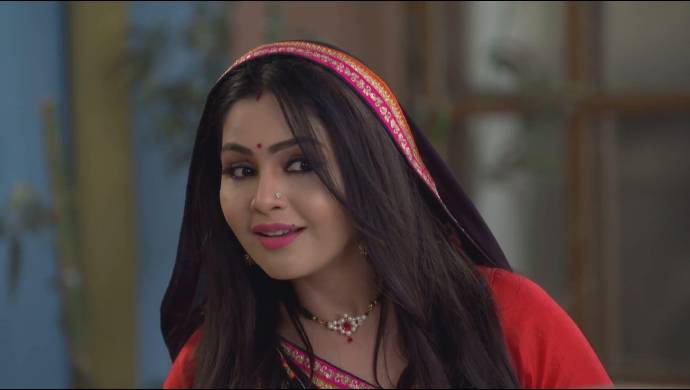 In tonight’s episode of Bhabi Ji Ghar Par Hain, we see Angoori receiving a call from Amma Ji. Manmohan, who is also present in the bedroom, asks her to pick up the call and tell Amma that he’s not around. Amma Ji tells Angoori that her life is in danger and asks her to steal jewellery to be safe. Angoori hangs up the phone and wonders how she would carry out this risky task.

At Vibhuti’s house, we see his mother conversing with Anita and Vibhuti. She asks them when she would be able to play with her grandchild. To this, both Anita and Vibhuti tell her that work is in progress. Vibhuti’s mother says that she will only give her necklace to Anita after the work is complete and walks away. Vibhuti tells Anita that his mother would not give away her precious necklace that easily. Anita adamantly says that she would snatch it from Vibhuti’s mother.

Meanwhile, Vibhuti notices that Angoori is worried about something and asks her what’s wrong. She refuses to tell him anything. Later, we see Anita telling Angoori about the expensive necklace that Vibhuti’s mother is wearing. Anita adds that she feels the necklace looks fake. After coming to know this, Angoori gets excited and devises a plan to steal the necklace. Later, Angoori is seen conversing with Vibhuti’s mother. During the conversation, the latter reveals that she keeps the necklace hidden inside her bag. Angoori is ecstatic hearing this. After a while, Manmohan enters the bedroom only to find Angoori thinking about something. He then asks her to get intimate with him. Angoori, however, is in no mood and puts Manmohan to sleep by singing a lullaby, so that she can sneak away to steal the necklace from Vibhuti’s mother. Once Manmohan is asleep, she gets up to finish her task.

In the next episode, we see Vibhuti noticing that Angoori is stealing the necklace from his mother’s bag. Meanwhile, Vibhuti’s mother accuses Anita of the crime. What chaos is about to unfold next? Watch Bhabi Ji Ghar Par Hain exclusively on ZEE5.